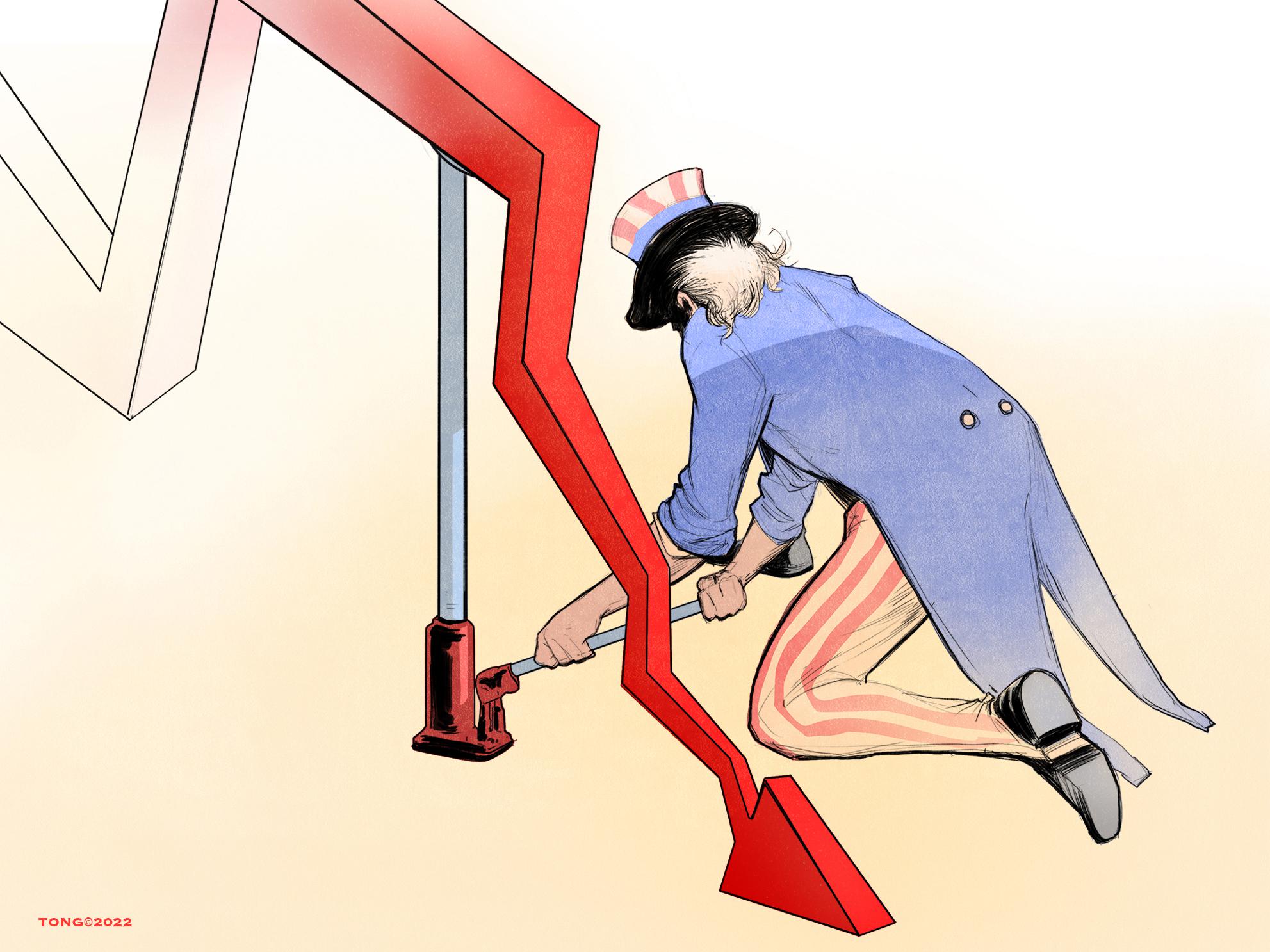 I’ve been really concerned about the recession, so I bought a few dozen Mega Millions tickets, hoping the $1.6 billion would help me weather the economic crisis in America. It didn’t work.

While the average American is struggling to get by, our political leaders and the media are debating whether we’re in a recession, a pre-recession, a faux recession, a mirage recession, a mini-depression, an economic sink hole or La La Land.

When I see them quibbling, I think of what Mark Twain once said: “Sometimes I wonder whether the world is being run by smart people who are putting us on or by imbeciles who really mean it.”

I don’t know who to believe — Joe Biden, Donald Trump, Paul Krugman, Larry Kudlow or Kim Kardashian. I keep asking myself, “Are we in a recession or are we not in a recession?”

Then, I saw a story in the New York Post, which is as reliable as The Economist. The headline said, “The notorious squeegee men are back.” The squeegee men have returned to Manhattan to perform a public service by cleaning our car windshields so they can make a few bucks to give to charity. That’s definitely an indicator something’s rotten with the state of the economy.

Experts differ on the severity of the crisis. Some put a smiley face on it and want to burst into song, “Happy days are almost here again!”

Others, such as JPMorgan Chase CEO Jamie Dimon, say “a hurricane” is coming. And to quote the late Fred G. Sanford, who knew a thing or two about business: “Ohhh … It’s the BIG ONE.”

According to a Harris Poll, 85 percent of Americans are worried about inflation and almost 60 percent say their standard of living is declining. More than 75 percent say they’re afraid of a recession, which makes me wonder who the other 25 percent are. Brad Pitt, who spent $40 million on a “bachelor pad” in California? Or half the members of Congress who are millionaires?

Meanwhile, the rest of America is struggling to pay for groceries and gasoline while trying to save for their first Tesla.

To prepare for economic Armageddon, I read a very informative piece of sponsored news, titled, “5 Things You Must Do Before the Next Recession.” It offered suggestions such as “Don’t overpay when you shop online,” “Diversify with gold” and “Don’t let home repairs drain your bank account.”

It was good advice, but I have better advice. Here are some principles to weather Hurricane Vladimir or whoever it should be named after:

First: Resist the temptation to spend money you’ve been saving for your kids’ college education on lottery tickets or a trip to the casino. I tried this and it failed. I was sure I’d hit the jackpot even though the odds were 1 in 302,575,3501, which are about the same odds the government will pull us out of this.

Second: Cut your expenses, starting with frivolous expenditures like that daily mocha matcha meringue iced latte at your favorite over-priced coffee shop. Get back to basics, and drink Chock full o’Nuts, the heavenly coffee. Better coffee a millionaire’s money can’t buy. That should make you feel better.

Third: Pay off your debt, especially those costly credit cards. I could never figure out how credit card companies get to charge you 19 percent interest, and you get a mere 0.06 percent from the bank. Something’s wrong.

Fourth: Don’t touch your investments. If you have a 401(k), don’t even look at the quarterly statements, or you’ll sink into a deep depression and want to move to Canada. They might not let you across the border, so you’ll have to head to Mexico instead, along with thousands of Californians — to the dismay of the Mexicans.

Fifth: About 25 percent of Americans don’t have an emergency fund. You need one. Financial advisers say you should have enough savings in reserve to cover six months of expenses. Otherwise, you won’t be able to pay your mortgage, and you’ll have to camp out on the White House lawn and get your meals at the Capitol cafeteria.

Sixth: Take the advice of old-time Italians, who kept their cash in a coffee can buried in the back yard. They trusted coffee cans more than banks. I never tried this, but at least the government won’t be able to touch your stash the next time they have to bail out the banks.

Seventh: Update your resume because you never know when the “downsizing” will start.

Eighth: Don’t worry because things can only get worse … and worrying doesn’t help. Look on the bright side. So what if inflation is out of control, consumer prices are going crazy, the markets are topsy-turvy and the supply chains are broken? At least we still have one another and our hope for a better future.

(One last thought: I realize now that instead of investing in Mega Millions, I should have invested in squeegees. It would have paid off better.)