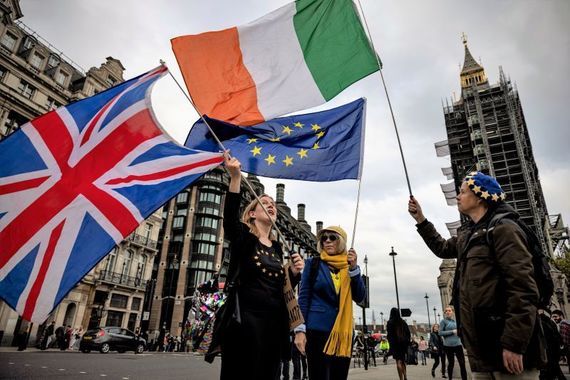 Britain risks a trade war with the EU if the next Tory leader and prime minister rip up parts of the Brexit deal for Northern Ireland, Sean Kelly, European Parliament member for Ireland South warned on Tuesday.

Kelly warned of “serious consequences” if the deal, which includes a Protocol ensuring a safe trade border continues in Ireland, was breached under Boris Johnson’s successor as prime minister.

Most of the remaining Tory candidates vying to replace Johnson have expressed support for changing the deal and passing the bill that would give them powers to do so.

Kelly is the lead author of a draft law that would enable the EU to retaliate against violations of the Protocol.

When asked how realistic a trade war over this dispute was, Kelly told the BBC, “I would hope it isn’t going to happen. It would be madness if it did.

“But the point to be made is, if the United Kingdom push it, and go ahead, then the ultimate occurrence is going to be a trade war.”

Last week Kelly, an MEP for the Fine Gael party in the Republic, introduced a report on the draft law to the European Parliament.

Kelly said it would give the EU “tools” to protect and enforce the Protocol, which Johnson’s government signed up to in 2019.

When asked what those tools were, and if they included restrictions on trade, Kelly said, “We’d need to look at all the options. We don’t want to be specifying them now until we see those things happening.

“Ultimately, we’re hoping, particularly now there’s going to be a new prime minister in the United Kingdom, that common sense will prevail.”

The biggest unionist party, the DUP, has refused to take part in Northern Ireland’s power-sharing administration until changes are made to the Protocol.

Under pressure from the DUP, Johnson’s government announced a bill in May to override the protocol. The EU says overriding parts of the deal would break international law and it has launched legal action against the U.K.