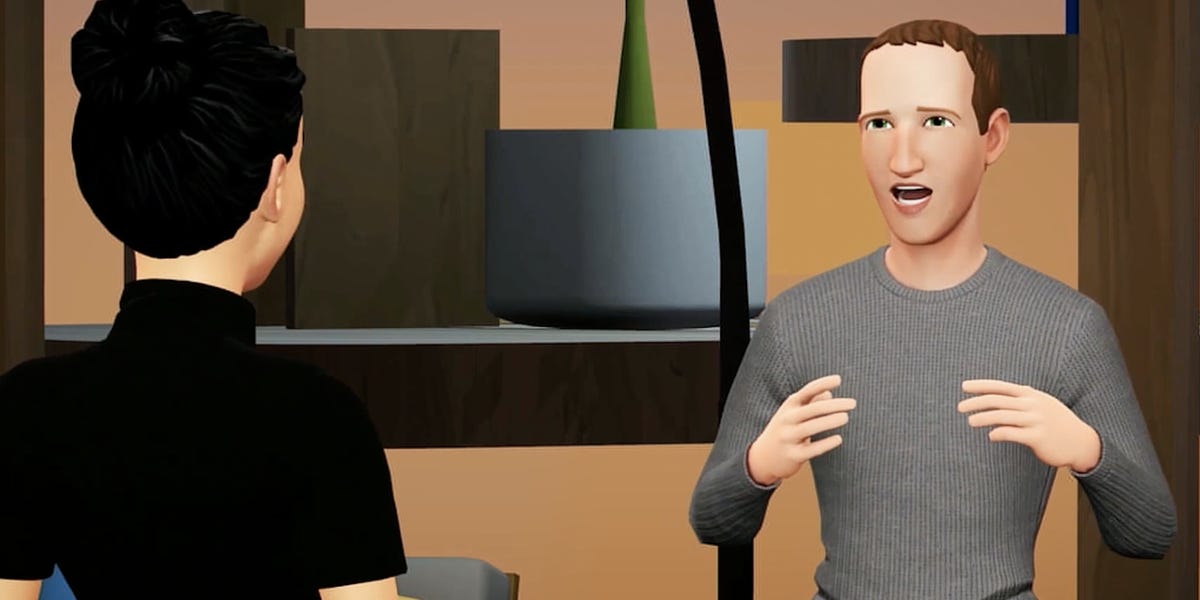 Investors were not impressed by Facebook’s latest product reveals, which included among other things, the launch of avatar legs – showing that the company still has a ways to go before investors feel better about its costly push into building the metaverse.

The company’s annual developer conference Connect this week focused on the metaverse, envisioned by founder and CEO Mark Zuckerberg as an immersive digital world that will displace the current iteration of the internet led by smartphones and personal computers. But Neil Campling, an analyst and head of research at Mirabaud, summed it up in one word: “desperate.”

“No wonder investors are in despair,” he added. Shares of Facebook, which last year changed its name to Meta, dropped again on Wednesday to $127, their lowest price since late 2018.

“Captain Zuckerberg continues to steer the Meta ship towards an unknown path called the Metaverse and is determined to splurge billions and billions of dollars in an endeavor to reinvent itself,” Campling said.

Campling estimated that Facebook will spend around $15 billion this year on the metaverse. That’s in addition to the $10 billion it lost last year. He was not impressed by the various advances Facebook showed off at Connect, like an upgraded Quest Pro headset, more expressive and photo realistic avatars (unavailable) and a version of avatars with legs (available sometime next year). Avatars currently come only from the torso up.

“So, the greatest development of burning $10 billion of cash flow on this endeavor is legs?” Campling asked. “Fiscal discipline has become the focus of most corporates in 2022 – but Meta seems determined to follow its own risky path.”

Even boosters of VR technology, like John Carmack, the former CTO of Oculus who advises Facebook on the metaverse and its headsets, admitted to being “grumpy” during a talk at Connect about the company’s rate of progress. He appeared throughout his session as an avatar, mostly in a version that is currently available to users. It looked much less refined than the pre-recorded version displayed by Zuckerberg and other executives during the conference.

Carmack noted, too, continued frustration around the reliability of the Quest 2 headsets. He said a Facebook employee posted internally of the difficulty using a headset and that it took 20 minutes to figure out.

“It pains me to hear people say that they don’t even get their headset out to show off at the company because they know it’s gonna be a mess of charging and updating before they can make it do something cool,” Carmack said. “VR should be a delight to demo for your friends.”

At the same time, Carmack noted that these products have made improvements in graphics and latency issues. And the Quest Pro, while much more expensive than Quest 2, is “a very fine piece of engineering,” he said.

Some on Wall Street are also willing to give Facebook more of a chance to prove itself, despite the costs.

“If they find a real product market fit and it takes off, no one will remember how they got there,” said Mark Shmulik, managing director and senior analyst at Bernstein. “If they become the company in this space that everyone has to work with, the size of the business could be massive.”

Still, it’s a long way from certain that Facebook’s bet will be a success.

“If we have some progress then,” Shmulik said, “it’ll give them another year.”

Are you a Facebook employee or someone with insight to share? Contact Kali Hays at khays@insider.com, on secure messaging app Signal at 949-280-0267, or through Twitter DM at @hayskali. Reach out using a non-work device.