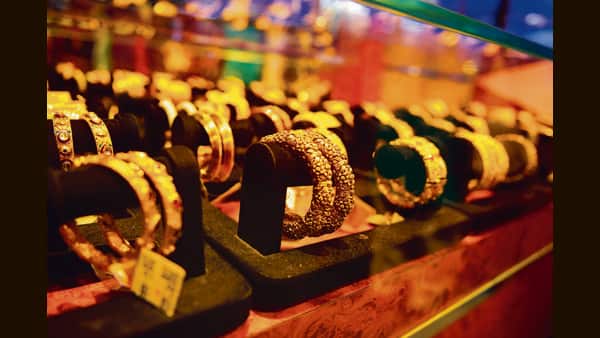 A total of 65% of Indians invest a part of their income in one form or the other and gold has emerged as a popular choice of investment, showed a survey by Axis My India, a consumer data intelligence company.

The survey highlighted that with 53% preferring gold as an investment tool, 35% of population showed awareness towards digital gold and 10% of people said that they had already invested in digital gold.

Gold as an investment instrument is higher among females (65%) than males (41%) reinstating the traditional sentiment of trust placed upon the yellow metal.

The survey also showcased a future intention to invest in gold as 58% population in metros showed interest in gold investment, followed by mutual funds (35%) and stocks (23%).

According to Axis My India, digital gold method of investment showed an increasing popularity with the young population as 15% of them in the age group of 18-24 years, showed a strong intent to invest into digital gold. Of those who invest in digital gold – 55% are males and 45% are females, 48% belong to 25-34 years, and 56% are married with kids.

Pop Strata wise, 11% in metros, 11% in tier-I and 8% in tier-II have already done digital gold investment, which shows its increasing reach across pop strata.

The trust factor was prominent while looking for investment into gold as a 76% population purchased bullion from a trusted brand only and 54% population said that if there is a government of India backed company which makes investing easier in digital gold, they will try investing in digital gold.

Further, an interesting observation was the increasing influence of digital modes of investment as 24% of people were found to have tried some form of digital investment. An increase in investment was observed with age as the investment pattern depicted an incline with age 67% of 25-34 invest as compared to 76% in the age group of 35-44 years.

Of the 24% population that invests through digital modes, 28% of the population was male and 19% female. Safety and security are the major motivators behind people investing followed by saving tax, and profits.

Pradeep Gupta, chairman and managing director, Axis My India, said, “Rapid digitalisation has perforated through major cities of India and its impact can be witnessed into the investment patterns of people. Digital modes of investments are catching up and one needs to ensure a supporting infrastructure in terms of digital literacy and addressing concerns around safety. This is the next big revolution as it is impacting day to day functioning of people. Our survey was concentrated on studying how investments are changing with changing demographics and times, and what trends can be predicted based on the pulse of the public.”

The survey was conducted among 5,000 men and women across varied age-groups, socio-economic status and occupations in tier-I, II and III cities. The survey saw a participation of 52% males and 48% females, 36% metros; 39% tier –I towns, 25% tier-II towns.

* Thank you for subscribing to our newsletter.