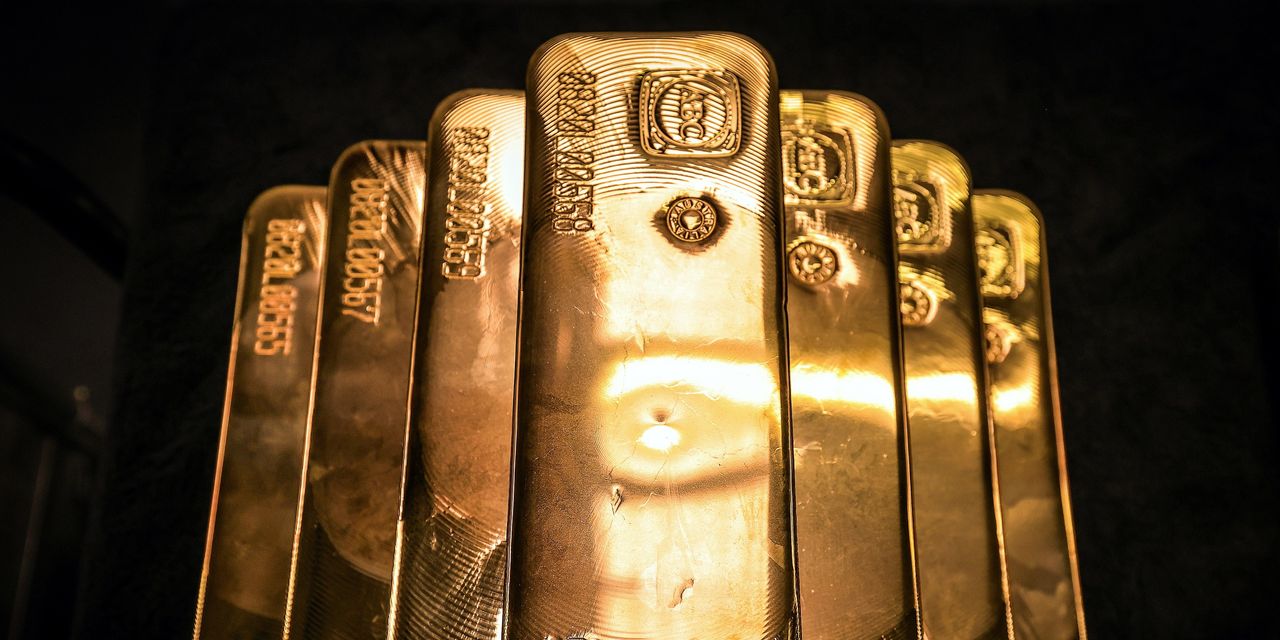 U.S. wholesale prices rose 0.4% in September to mark the first increase in three months. Economists polled by The Wall Street Journal had forecast a 0.2% gain.

“The rise in producer prices in September suggests that Thursday’s Consumer Price Index will likely also remain elevated, as the prices consumers pay for goods in the future are derived from the prices that producers pay today,” he said.

Higher interest rates can boost the dollar and dull demand for dollar-denominated commodities. Rising yields on government debt can also be a headwind for gold as it raises the opportunity cost of holding nonyielding assets.

The ICE U.S. Dollar Index DXY, -0.02%, a gauge of the dollar’s strength against a basket of rival currencies, had traded as high as 113.592, before easing back following the release of minutes from the Fed’s last policy meeting, which were released after gold futures settled for the session. The yield on the 10-year Treasury note TMUBMUSD10Y, 3.917% also fell to 3.897% after a high of 3.974%. Gold futures eased back from their settlement in electronic trading, to $1,683.

Read: Fed saw ‘too much action’ vs. high inflation as less risky than ‘too little,’ minutes show

Gold is being influenced by bond yields, and any messaging on interest rates and the “attempt to rein in inflation” from the Fed, Jeff Wright, chief investment officer at Wolfpack Capital, told MarketWatch.

The PPI reading coming in higher than expected “due to services rather than durables” was not a good sign for the consumer price index data due out Thursday, he said. Wright said he does “not see the Fed raising rates prior to the November meeting but could accelerate [quantitative tightening] measures to move interest rates higher in the interim.”

Ole Hansen, chief commodity strategist at Saxobank, said in a note Wednesday that fluctuations in Treasury yields and the value of the dollar have taken gold and other commodities on a “rollercoaster ride” in recent weeks.

“Commodity markets continue to attract a great deal of directional inspiration from the price action across financial markets,” he said.

However, there’s still reason to be long gold, Hansen said, citing the risk of a Fed policy “mistake” that could provoke a reversal in stocks, bonds and the dollar.

“Looking ahead, we see no reason to change our long-term bullish view on gold with support potentially coming from the risk of a policy mistake sending U.S. economic growth, the dollar and bond yields lower,” he said.