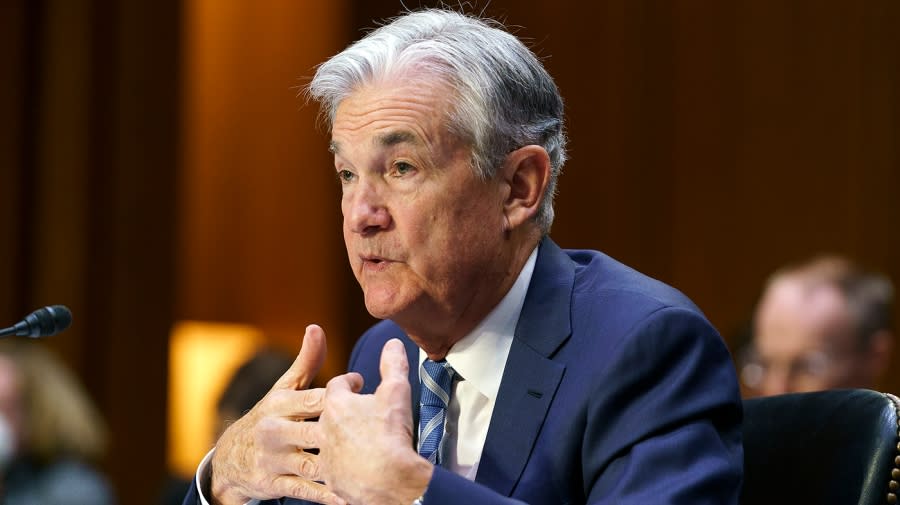 Minutes from the latest meeting of the Federal Reserve Open Market Committee (FOMC) show the U.S. central bank is still surprised by persistently high inflation, after members initially characterized the price increases as a short-term phenomenon.

Expectations of Fed bankers came in low in September as consumer inflation hit 8.3 percent annually in August, down almost a full percentage point from a recent high of 9.1 percent in June but still hovering around 40-year highs.

Participants in the meeting “commented that recent inflation data generally had come in above expectations and that, correspondingly, inflation was declining more slowly than they had previously been anticipating,” FOMC minutes from the September meeting released Wednesday revealed.

“Price pressures had remained elevated and had persisted across a broad array of product categories,” the minutes continued. “Participants commented that they expected inflation pressures to persist in the near term.”

The minutes suggest that the Fed will continue increasing interest rates at the expected pace of three-quarters of a percentage point at its next meeting in November. It would be the bank’s fourth such rate hike in a row.

Federal Reserve Chairman Jerome Powell joined other U.S. officials last year in describing inflation as “transitory” — a temporary consequence of the supply and demand imbalances that resulted from widespread economic shutdowns in the wake of the coronavirus pandemic.

While the quick development and deployment of vaccines soon brought the economy back online, prompting a roaring recovery of U.S. economic activity in the first half of 2022, inflation has proven difficult to dislodge.

Treasury Secretary Janet Yellen said earlier this year that she had been wrong to describe it as transitory, adding she didn’t fully understand why it was happening.

United Nations economic body, the Conference on Trade and Development (UNCTAD), said in a report released last week that the origins of the inflation are unique. Initial misalignments of supply and demand were exacerbated by too much government stimulus in an initial phase, which was followed by a period in which commodity prices — particularly energy prices — remained elevated.

“The successful roll-out of the vaccine in advanced and some developing countries and the easing of Covid restrictions, combined with continued government support for households and firms, saw demand pressures running ahead of supply responses during the first half of 2021, creating bottlenecks, including in some key markets, such as automobiles,” the UNCTAD report found.

“The surge in inflation from the end of last year belied hopes that this would be a short-lived inconvenience. However, the evidence does not suggest this surge has come from a further loosening of fiscal policy or wage pressure, but instead derives largely from cost increases, particularly for energy, and sluggish supply response due to a prolonged history of weak investment growth,” it concluded.

Fed bankers implied they would need to see unemployment increase before they could pivot away from their program of steadily raising interest rates.

“Participants judged that a softening in the labor market would be needed to ease upward pressures on wages and prices,” the Fed’s September minutes say.

While the FOMC noted “the apparent absence of a wage-price spiral” in its July meeting, prices and wages are becoming increasingly linked in the committee’s language.

A number of participants in September commented that a wage-price spiral had not yet developed but said that one could develop and pose a risk.

Some committee members “stressed the high uncertainty associated with the expected future path of the unemployment rate.”

Market analysts are expressing some frustration with the U.S. central bank, which they say the Fed itself is likely feeling, too.

“The Fed is frustrated that inflation is not responding more quickly to their rapid raise strategy.  Which is no surprise, because fed funds increases won’t solve the issues precipitating inflation. Now, the Fed has risked toppling over the global economy, making a bad situation even worse,” Jamie Cox, financial advisor at Harris Financial Group, said in a statement to The Hill.

For the latest news, weather, sports, and streaming video, head to The Hill.