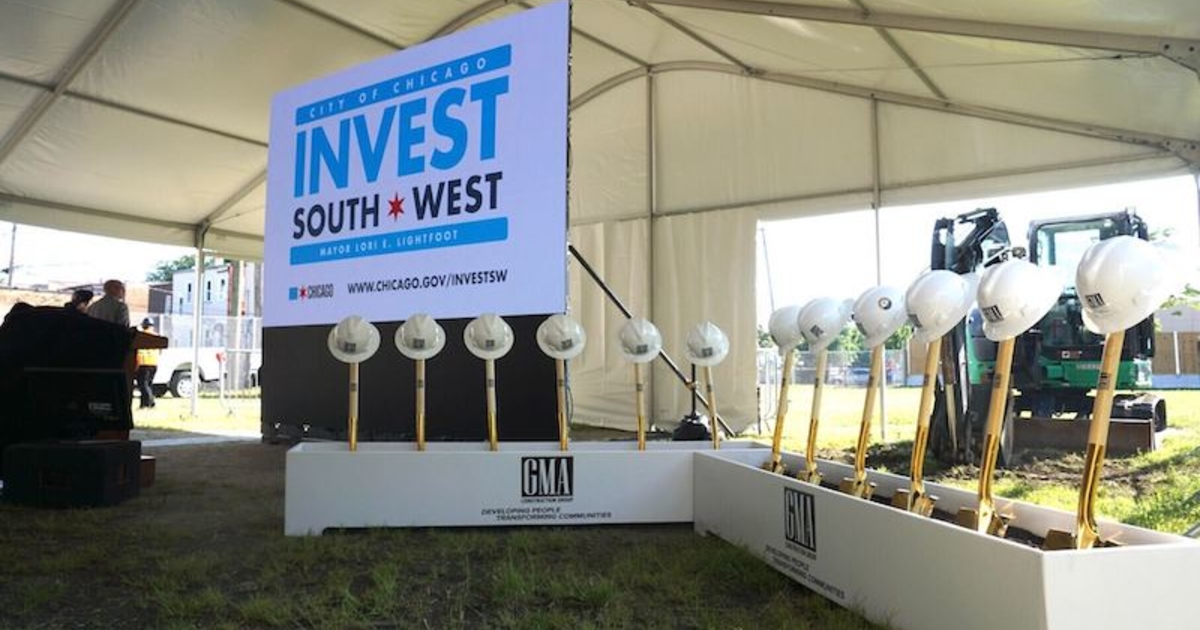 Three years after the idea was first floated, Chicago’s Invest South/West initiative remains “mostly a vision,” as Crain’s pointed out (“Invest South/West program remains mostly a vision, without a single project under construction after three years,” Sept. 26). One problem with the initiative, which Lori Lightfoot first mentioned in October 2019 when running for mayor, is the metaphorical use of the Marshall Plan as a guide.

Simply put, the metaphor is inappropriate. Drawing an analogy between that plan and designs for the rebirth of the South and West sides is a recipe for disappointment.

The Marshall Plan was a U.S. policy initiative in effect between 1948 and 1952 that allocated large sums of money to various European countries after the Second World War to help them recover from the destruction and dislocations caused by that shock. In all, the U.S. spent about $13 billion over the course of the initiative—equal to about $133 billion in 2022 dollars.

While some of that money was spent in poorer parts of the continent, the vast majority was allocated to developed parts of Europe, places such as France, the U.K., West Germany, Denmark, the Netherlands, Sweden and Norway. Before the war, these areas possessed high levels of human capital, advanced technology, abundant stocks of social and cultural capital, and institutions strongly supportive of property protection and the rule of law.

The main idea behind the Marshall Plan was that with short-term capital infusions by the U.S., these areas, which were developed economies before the war, would recover from the one-time shock caused by World War II and revert to form. For the most part, this is what happened, with the infusions of funds from the U.S. providing a very useful boost that helped to bring about the European “economic miracle” of the 1950s.

Most of the areas included in the plan have been economically devastated for decades, with the West Side in particular largely in ruins since—and in part because of—the riots in the area in 1966 and 1968. Capital quickly fled the area for more favorable sites, whether in the Sun Belt or the suburbs, and over the course of the past half-century little has returned.

As Walter Wriston, the legendary chair of Citicorp, once said, “Capital goes where it is welcome and stays where it is well treated.” Given the crime rates in the areas included in Invest South/West, the shaky property rights and breakdown of the rule of law, what are the chances capital will soon return?

Investing in places such as North Lawndale today, a little over two years after the George Floyd riots and looting sprees, is hardly akin to investing in Norway or France after World War II. The last time the Marshall Plan was invoked in a similarly inappropriate way—by the managing director of the IMF, among others—was after the 2010 earthquake in Haiti. More than $13 billion of foreign aid has been spent there over the last decade or so. How has that one gone?

Mayor Lightfoot and her team would be wise to ensure the safety of citizens and property in economically distressed parts of the city before calling on investors, and the city, to shell out. In so doing, Chicago would likely get a better return and in time perhaps render its Invest South/West “vison” into reality.

Peter A. Coclanis is the Albert R. Newsome distinguished professor of history and director of the Global Research Institute at the University of North Carolina-Chapel Hill. He is a native Chicagoan.