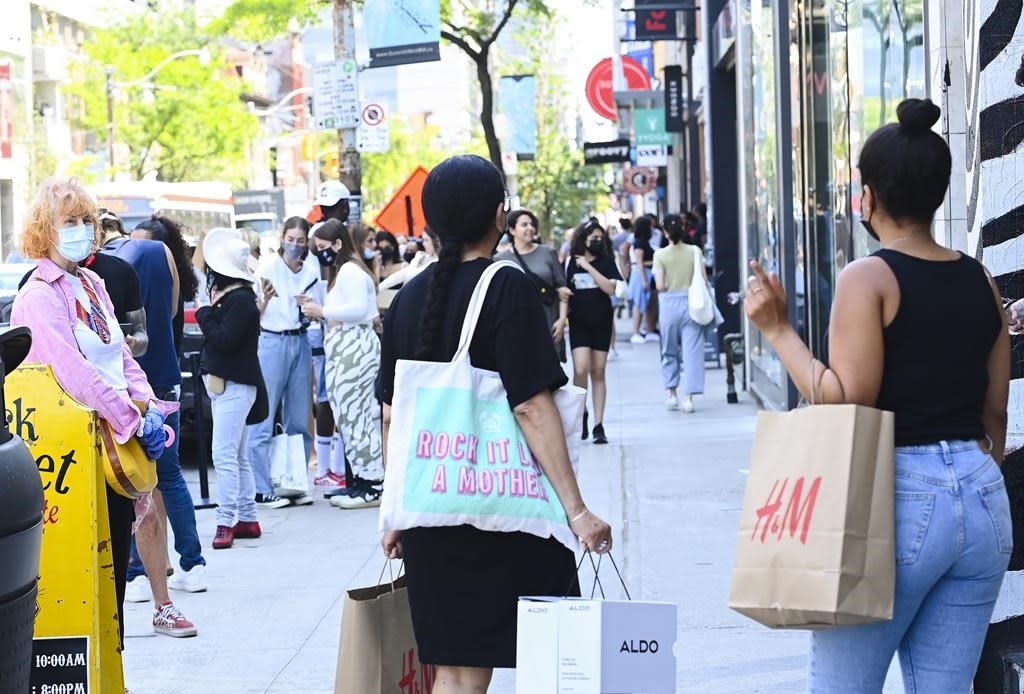 TORONTO — A new KPMG survey has found Canada’s small and medium-sized businesses are banking on strong growth in the next three years, even as a possible economic downturn remains top of mind in the near term.

The survey of 503 small and medium-sized businesses said 83 per cent are feeling optimistic about their growth over the next few years, with 82 per cent feeling confident about their industry as a whole.

The optimism comes from companies in the consumer and retail sector, manufacturers, and those in the real estate and construction industries.

According to the survey, nearly one quarter of small and medium-sized businesses identified organic growth as the most important strategy to achieve their overall growth objectives, with digital and technology investments ranked second at 18 per cent.

Dino Infanti, a tax partner at KPMG in Canada, said the bullish sentiment within the small and medium-sized business community stems from weathering the pandemic, learning from the experience and expectations that a possible recession might be short-lived even though it could cause some pain.

The survey said 61 per cent of small and medium-sized businesses have already taken pre-emptive measures to mitigate recessionary risks, including a short-term freeze on hiring and hitting the pause button on digital transformation plans.

At this point, 30 per cent of small to medium-sized businesses have implemented a hiring freeze, the survey said, with four in 10 mulling over plans to do so in the next six months.

Meanwhile, 60 per cent of respondents have or expect to pause their digital transformation plans in the next six months in the case of an economic downturn.

“During a downturn, those businesses that have their house in order, are managing costs, watching cash flow, and focused on high margin product lines may be ripe for growth,” Infanti said.

The survey also said 77 per cent of small and medium-sized businesses intend to increase their head count in the next three years to drive their growth plans, with 20 per cent expecting a hiring increase of at least 11 per cent in this period.

However, 56 per cent of small and medium-sized businesses agreed it is difficult to recruit the talent of the future needed to transform their business, making hiring a top challenge over the next few years.

Infanti said even as these companies recession-proof their businesses by pulling back, it is crucial to employ or continue with strategies and investments that position for longer term growth.

“It’s about trying to find that right balance between potentially heading into recessionary times — managing costs and cash flow, putting a pause on digital — but recognizing all of those things are critically important to achieve growth, to continue to eventually invest and reinvest in digital transformation, scale up talent, et cetera,” he said.

Other top risks to growth over the next three years include inflationary pressures, higher interest rates, as well as issues around cybersecurity the survey said.

This report by The Canadian Press was first published Oct. 13, 2022.