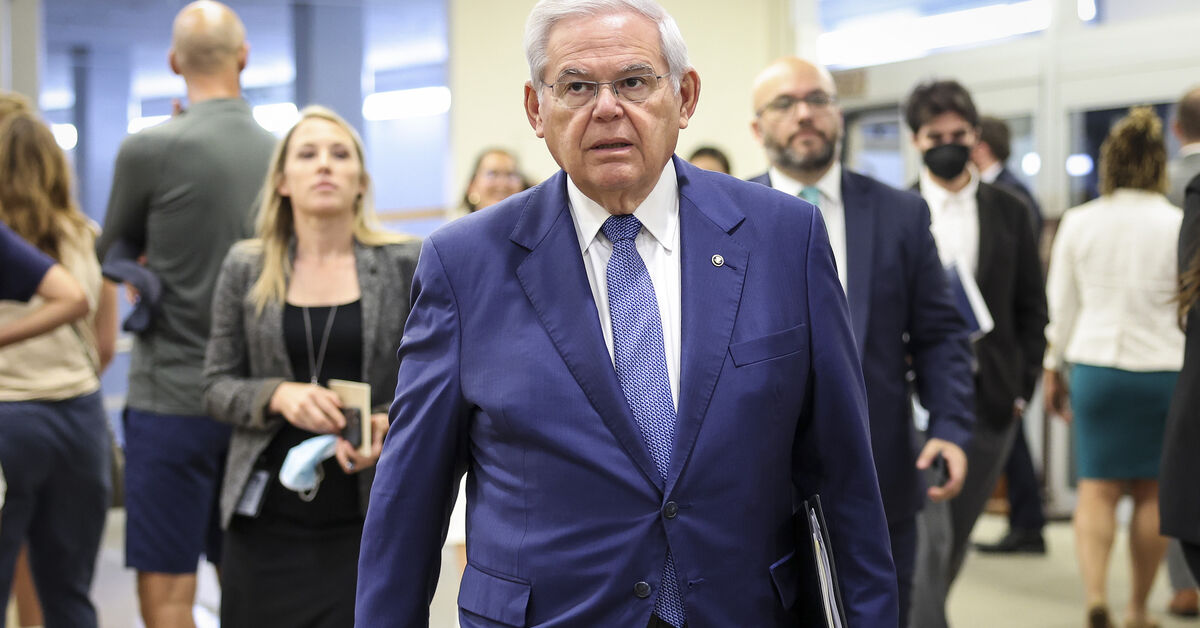 Turkey’s hopes of overcoming congressional hurdles and acquiring F-16 fighter jets and upgrade kits rose this week when the Senate removed two amendments to a bill designed to prevent their sales from the 2023 National Defense Authorization Act (NDAA). Turkish presidential adviser Ibrahim Kalin told reporters in the Kazakh capital Astana Wednesday that the move was a “positive step,” adding that “pressure from the Greek lobby” to hinder the deal had been beaten back. However, Turkey’s relief proved to be premature.

“Not so fast” was the message from Bob Menendez, chairman of the Senate Foreign Relations Committee, who co-authored the amendments along with fellow Democratic Senator Chris Van Hollen of Maryland. “Let me be clear,” Menendez tweeted. “I will not approve any F-16 case for Turkey until [Turkish President Recep Tayyip] Erdogan halts his campaign of aggression against the region. Full stop.”

A Turkish diplomatic source speaking not for attribution, however, aired confidence that the dropping of the amendments signaled that the sales would proceed. The first amendment required that the American president certify that the sale would be in the “national interest” of the United States. The second stipulated that “concrete steps” be taken to ensure that the F-16s were not used by Turkey for “repeated unauthorized territorial overflights of Greece.” The diplomatic source claimed that the fact that neither senator pushed back against their removal was proof they no longer opposed the sale. The source said he remained bullish even after Menendez’s tweets. “We need to assess why the amendments were dropped,” the source told Al-Monitor.

“The technical talks between our two governments are likely to be completed by the end of November,” the source said. The administration is then expected to formally notify Congress of its decision to proceed with the sales and, should there be no objections from Congress, the “process will be completed,” the source asserted.

Hostility toward Turkey, a key NATO ally, has been growing on the Hill in tandem with Ankara’s aggressive posturing — notably vis-a-vis Greece and the Syrian Kurds. Turkey’s 2019 invasion of a swathe of territory in northeastern Syria controlled by the US-backed Syrian Democratic Forces and its refusal to scotch a deal to acquire Russian S-400 missile batteries proved a tipping point.

Turkey was ejected from a consortium to manufacture new generation F-35 Phantom fighter jets. Congress restricted military sales to Turkey in December 2020 under the Countering America’s Adversaries Through Sanctions Act.

In 2021, Erdogan revealed that the Biden administration had offered the F-16 sale as a way to reimburse Ankara for some $1.4 billion it had paid toward F-35s that were never delivered.

In June, the Pentagon said it “fully supports Turkey’s modernization plans for its F-16 fleet.”

The announcement came after Turkey said it would no longer oppose Sweden’s and Finland’s bids to join the NATO alliance.

Turkey has sought to ease tensions with regional heavyweights Israel, Egypt, the United Arab Emirates and Saudi Arabia in a bid to end its diplomatic isolation and chalk up brownie points in Washington. Ankara moves at détente with Yerevan are partly aimed at achieving the same effect. Erdogan met with Armenian Prime Minister Nikol Pashinyan in Brussels for the first time ever last week. However, Turkey has yet to establish diplomatic ties with Yerevan and open its land border with Armenia, which has remained sealed since 1993 in solidarity with the latter’s top foe, Azerbaijan.

Menendez is married to an Armenian woman and has large numbers of ethnic Armenians among his constituents. This is what informs his opposition to Turkey, Turkish officials claim.

Menendez, who is not up for re-election until 2024, recently called for a ban on arms sales to Azerbaijan.

Nicholas Danforth, a senior visiting scholar at the Hellenic for European and Foreign Policy, told Al-Monitor, “Erdogan lost Congress long ago. Their desire to preserve a working relationship with Turkey remains, but this is becoming a harder and harder sell.”

And “rapprochement with Israel won’t make the anger over conflicts with Armenia and Greece disappear,” Danforth added.

Tensions between Turkey and Greece have escalated in recent months with one analyst predicting that war between the NATO allies is not only “possible” but “probable.”

Turkey accuses Greece of militarizing islands in the Aegean in an alleged breach of its treaty obligations. Greece, in turn, says that Turkish military planes are constantly violating Greek airspace. The European Union criticized Turkey on Wednesday over the infractions. “After some positive developments in 2021, relations with the EU deteriorated in the first half of 2022, due to repeated violations of Greek airspace by Turkish fighter jets in the Aegean and threatening Turkish statements regarding the sovereignty of Greek islands, and against Cyprus,” it said in an annual report on progress in Turkey’s bid to become a full member of the European bloc.

Kalin called the claims “Greek propaganda” in a television interview this week.

The historical foes are also at odds over exploration and drilling rights for energy in the Eastern Mediterranean Sea and the ethnically divided island of Cyprus.

However, the conventional wisdom is that both sides are deliberately beating the war drums in an effort to shore up nationalist sentiment ahead of elections that are to be held in Greece and Turkey next year.

Still, Greece will have been relieved by Menendez’s assurance that he will continue to block the military sales to Ankara just as it takes delivery of some 83 upgraded F-16 jets. For all its claims of military superiority over its neighbor, Ankara is growing nervous about losing that edge as defense ties between Washington and Athens continue to deepen in response to Russia’s invasion of Ukraine.

Aaron Stein, an expert at War on the Rocks who has written extensively on Turkey, said the Turkish military is going to have to continue to extend the lives of its F-16s, and “with older airframes, the cost of maintenance goes up and readiness goes down.”

“While the system is opaque, one has to assume that they are suffering from the embargo and from the uncertainty about when they will be able to upgrade about half of their F-16 fleet,” Stein told Al-Monitor.