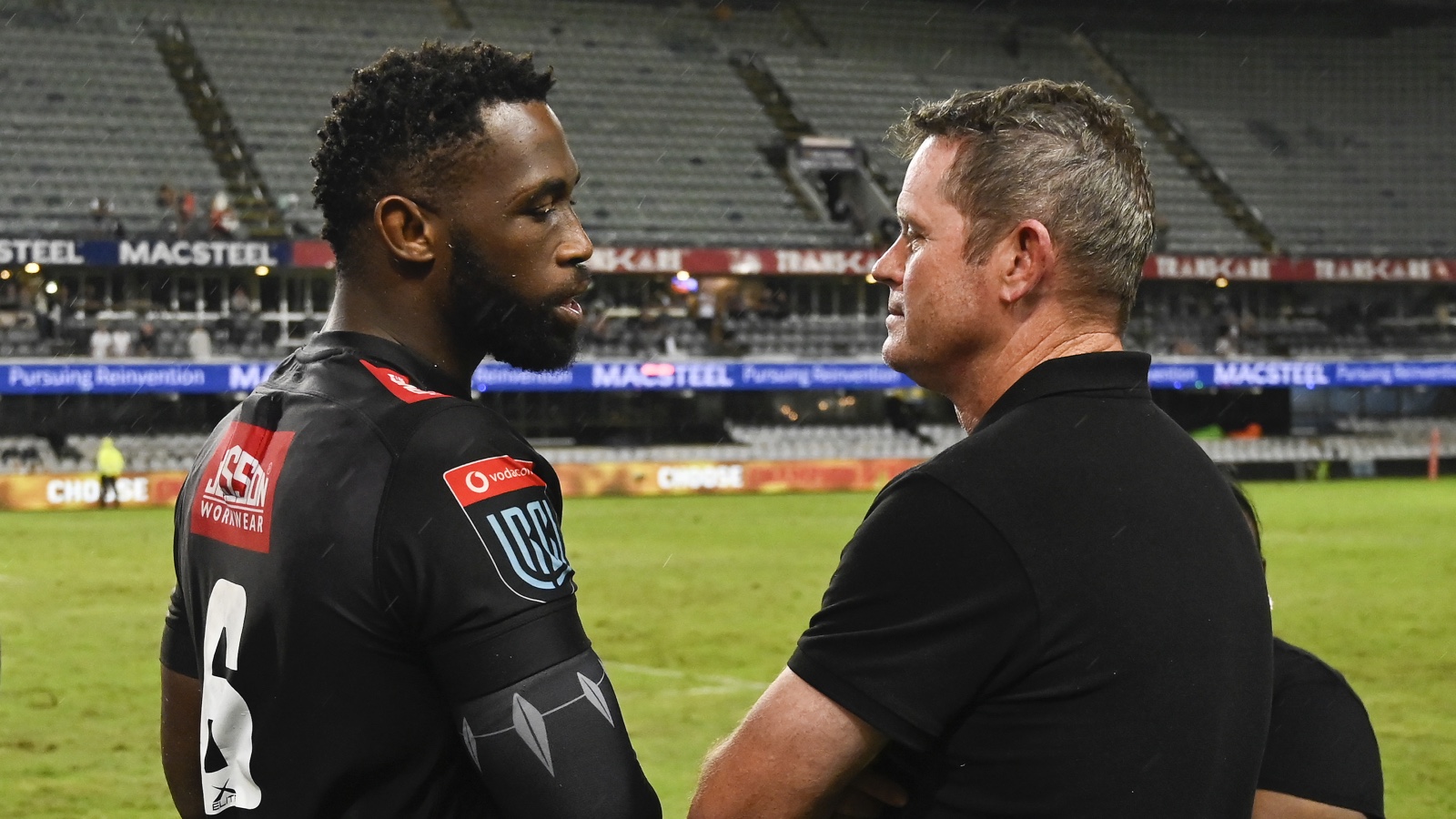 The Sharks have undergone a radical transformation over the last two years, with consortium MVM Holdings buying out a majority stake in the Durban club in January last year.

What followed was a plethora of world-class signings that started with the statement signing of Springboks captain Siya Kolisi followed by Bongi Mbonambi and several others last season.

The spending continued this year with Test centurion Eben Etzebeth also inking a deal. At the same time, quality players such as Rohan Janse van Rensburg, Vincent Tshituka and Carlu Sadie all moved to Durban.

Whilst some of the players only made the move this season and are yet to debut, the Sharks failed to perform to their capacity last season, bowing out in the quarter-finals of the United Rugby Championship after losing to the Bulls.

However, the time has finally come in round five of the United Rugby Championship to unleash their stars, and no doubt there will be pressure on coach Sean Everitt who has one of the best squads in the competition at his disposal.

Can the blockbuster squad justify its value?

Now that he has most of his world-class players available for selection, the first task for Everitt is to justify the cost of bringing them in.

Lack of quality is simply no excuse for the Sharks, who have shown some promise this season. Still, with the squad available for Saturday’s clash at home against Glasgow Warriors, fans will be expecting to see the kind of performance that will start putting the Durban side in the bracket of title contenders.

Everitt has all the pieces of the jigsaw and now just has to put them together. The forwards will likely be the first component to fire, considering five of eight forwards are currently in and around the Springbok set-up, including a Test hardened front-row.

Etzebeth will bring a robust edge to the pack alongside Tshituka, who probably needed a new cupboard to fit all his man-of-the-match medals from URC I. The Sharks genuinely have the players to put together one of the best packs in the competition.

The backline has been electric this season, with the likes of Thaakir Abrahams and Aphelele Fassi setting the tournament alight on attack. However, the Sharks’ defence has left a lot to be desired, and they are ranked 14th in the URC for tackle completion. First-time tackling needs to improve.

Part of the issue is the injury to skipper Lukhanyo Am that has forced Everitt to play Ben Tapuai and Rohan Janse van Rensburg in the centres. The danger with this is that the two stars are both natural 12s, and defensive decision-making has not been at its best at times, opening spaces in wider channels due to a narrowed defensive line caused by the wings playing higher to support the centres. Leinster exploited this perfectly last time out with two well-placed cross-kicks.

The departure of outside centre Jeremy Ward to Stade Francais has proved relatively costly as he could have provided better balance at 13 and allowed Janse van Rensburg to be in his preferred 12 channel. Alternatively, moving Werner Kok to outside centre could offer a similar solution.

It is not all bad for the Durban side, who showed glimpses of what they could do against Leinster. Fly-half Boeta Chamberlain continues to grow in his role and has underlined his kicking prowess this season whilst also showcasing his playmaking abilities on attack.

Chamberlain is a key component of this side who boasts great depth at scrum-half. With more balance in the centres and an improved backline defensive effort behind what is going to be a ruthlessly powerful pack, it is hard not to be excited about what could be for the Sharks.

There is a sense of inevitability about success coming the way of the Durban men, who are only one or two clicks off from well and truly announcing themselves in the URC and possibly even the Champions Cup.

The clock has now started ticking for Everitt to unlock the frightening potential of this Sharks squad and, if he can, it could spell danger for even the best sides in the competition.