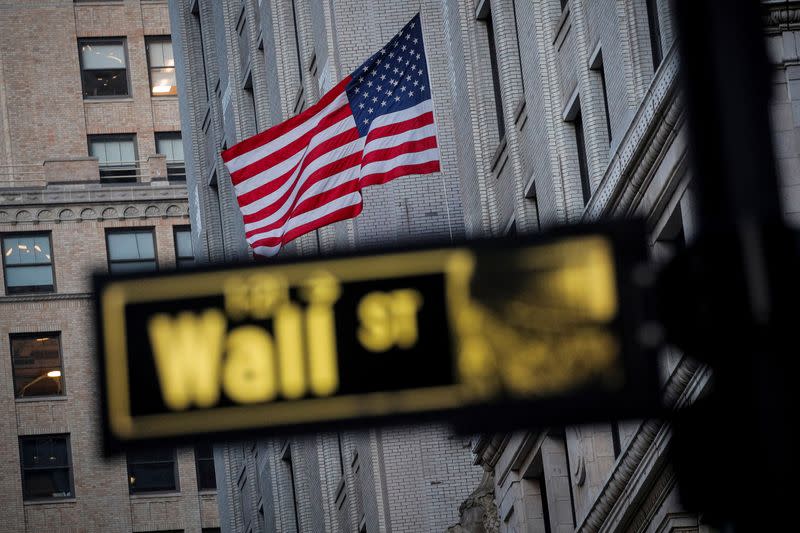 NEW YORK (Reuters) – Gut-wrenching market volatility and attractive valuations are prompting some investors to keep their bullish views on energy stocks, one of the few bets that have thrived in an otherwise punishing year.

It’s not an easy call. The S&P 500 energy sector is already up around 48% this year and monetary policy tightening around the world has bolstered the chances of a global recession that could curtail energy demand.

Still, signs that supply will remain comparatively scarce are prompting some investors to stick with the sector, drawn by attractive earnings prospects and valuations that remain comparatively low despite big gains in many energy stocks this year. The S&P 500 energy sector trades at a trailing price-to-earnings ratio of 9.9, nearly half the 17.4 valuation of the broader index.

Few also see any end to the selloff in broader markets, as stubborn inflation boosts expectations for more market-punishing rate hikes from the Federal Reserve and other central banks. The S&P 500 is down around 24% this year while bonds – as measured by the Vanguard Total Bond Market index fund – are down nearly 18%.

“It’s hard to see people giving up on energy because it’s the best of both worlds,” said Jack Janasiewicz, portfolio manager with Natixis Investment Managers Solutions, referring to the sector’s low valuation and potential for more gains if supply remains tight. “If you’re worried about the direction of the market it’s a great place to hide.”

U.S. oil giants Exxon Mobile Corp and Chevron Corp. report earnings on Oct. 28. Next week investors will be on the lookout for earnings from Tesla Inc., Netflix and Johnson & Johnson, among others.

Expectations for further tightness in the oil market have been boosted by recent production cuts by OPEC+, as well as the European Union’s plans to move off Russian crude by February. Prices for Brent crude stood at $92 on Friday, up nearly 10% from a recent low after falling by nearly a third between July and September.

“There is an outsized probability that crude prices can surge higher, particularly if demand concerns fail to materialize to the extent some bears expect,” wrote analysts at TD Securities, who expect oil prices to hit $101 in 2023. Analysts at UBS Global Wealth Management expect oil to hit $110 by year-end.

Some fund managers remain skeptical that energy can continue its outperformance if the global economy slows in the face of monetary policy tightening from central banks.

“We’re surging toward recession all over the world and that’s going to cut into the demand side,” said Burns McKinney, a portfolio manager at NFJ Investment Group, who is increasing his overweight in dividend-paying tech companies such as Texas Instruments and Cisco.

At the same time, the selloff in the S&P 500 is creating buying opportunities in consumer discretionary and large-cap tech stocks that are more attractive over the long run than energy, said Lamar Villere, a portfolio manager at Villere & Co.

“We’re starting to see opportunities that are harder to not take advantage of,” he said.

Others, however, believe that the fundamentals remain aligned for the sector and see more upside. Saira Malik, chief investment officer at Nuveen, believes that fund managers will remain lightly positioned in energy shares despite recent gains. She is also betting that China’s economy will rebound in coming months, supporting global oil prices

“We still think energy has legs here,” she said.