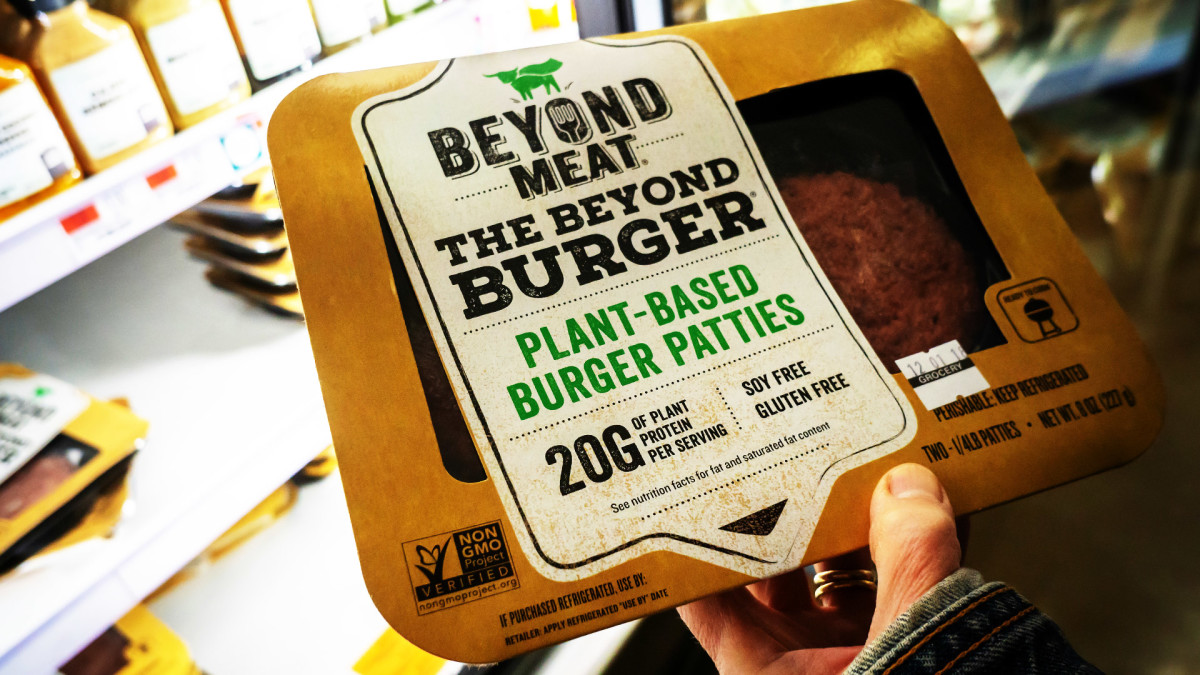 Beyond Meat  (BYND)  shares fell sharply lower Friday after it slashed its full-year revenue forecast and unveiled a raft of job cuts amid softening demand, and increased competition, for its plant-based food products.

Beyond Meat said it would cut around 200 jobs from its global workforce, while adding that CFO Philip Hardin would be departing from his role after less than a year, as it “implements measures to drive more sustainable growth” and turn cash-flow positive by the middle of next year.

The group said full-year sales were now forecast between $400 million and $425 million, down from a reduced summer forecast of between $470 million to $520 million, and warned it would take a $4 million hit to its fourth quarter earnings in order to pay for the planned job reductions.

“To manage through the current environment and realize the opportunity ahead, we are significantly reducing expenses and sharpening our focus on a set of key growth priorities,” said CEO Ethan Brown. ”

“We believe our decision to reduce personnel and expenses throughout the company, including our leadership group, reflects an appropriate right-sizing of our organization given current economic conditions,” he added. “We remain confident in our ability to deliver on the long-term growth and impact expected from our global brand.”

Beyond Meat shares were marked 7.7% lower in pre-market trading to indicate an opening bell price of $13.65 each, a move that would extend the stock’s year-to-date decline to around 80%.

Late last month, Beyond Meat suspended a senior executive following his arrest for a violent incident over the weekend.

Chief operating officer Doug Ramsey was arrested in Fayetteville, Arkansas following media reports that he was involved in an altercation in the parking garage of the University of Arkansas’ football stadium.

Ramsey, 53, who joined the group in December of last year following a three-decade career at Tyson Foods TSN, is alleged to have punched through the window of the victim’s SUV, and bitten the man’s nose, during the Saturday incident.