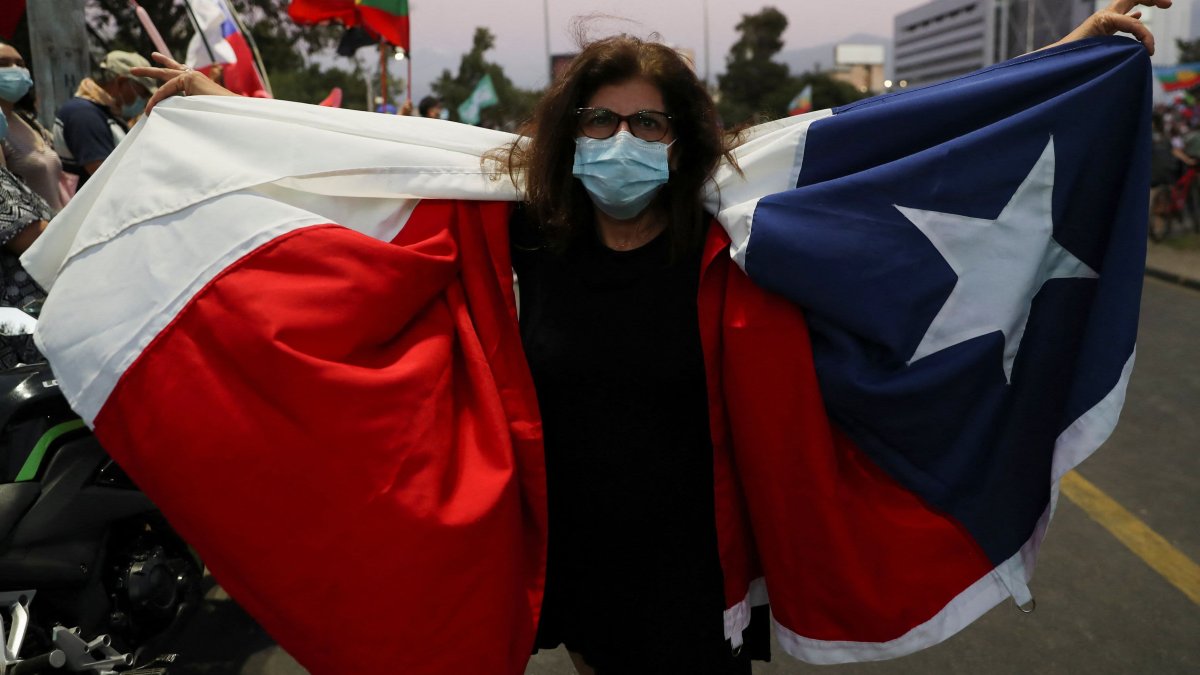 For the most part, stocks around the world have taken a beating this year. But there’s one corner of the global market that’s bucking that trend: Chile.

Chilean stocks this year are leapfrogging those in other countries, including the U.S.

The iShares MSCI Chile exchange traded fund (ECH) is up more than 3% year to date, while the U.S. benchmark S&P 500 is down more than 20% — officially trading in a bear market.

The S&P IPSA, an index that tracks the largest and most liquid stocks listed on the Santiago Exchange, is up 8.2% in 2022.

Stocks in Chile are also outperforming the broader emerging markets. The iShares MSCI Emerging Market ETF (EEM) is down more than 28% for the year.

There are several catalysts contributing to the outperformance in the South American country, one of the more recent ones being last month’s rejection of a proposed new constitution that would have represented a deeper pivot leftward under President Gabriel Boric away from the free market model that has defined Chile for decades.

“As it became clearer since the beginning of this year that the population is not going to support the draft of that constitution, markets have been performing really well,” said BCA Research emerging market strategist Arthur Budaghyan. “And we think that’s the main reason behind this rally.”

The run-up in commodities

A look inside the ECH shows that an overweight allocation to commodities helped the ETF this year, even as rising interest rates dinged emerging markets across the board. As of October, materials stocks made up roughly 30% of the ECH ETF, which has 25 holdings.

The top holding is Sociedad Quimica Y Minera De Chile. It’s a major lithium producer that counts for 24.2% of the ETF that enjoyed the spike in prices this year. According to Benchmark Minerals, lithium prices are up 123% in 2022. Consequently, Sociedad has surged 71%.

A run-up in commodities prices also benefited other Latin American countries, such as Brazil.

Getting exposure to Chile

Gaining direct exposure to Chilean equities is challenging for most U.S. investors, as the country — like other emerging markets — comes with greater volatility and deeper liquidity issues. BCA’s Budaghyan said most of the rally is limited to large-cap stocks, likely driven by buying from foreign investors.

“It’s not developed to the same degree,” Daniels said. “There’s not as many public companies on the stock exchange.”

Apart from the iShares MSCI Chile ETF, which helps investors gain exposure to the total addressable market, Chile makes up just a small part of other funds. The country comprises just 0.2% of the Morningstar global markets index, for example, and only about 0.6% of its emerging markets index.

Even the T. Rowe Price Latin America fund, which is rated four stars on Morningstar, has just a 2.3% allocation to Chile in the entire portfolio.

Daniels advised investors to stay diversified, and warned against allocating directly into the country. “Focus on getting exposure to broader mandates such as emerging markets option that you can trust the manager to navigate those markets accordingly over a full market cycle,” he said.

Still, investors could benefit from greater exposure to Chilean stocks.

“We think it’s like a stock picker’s dream market,” said Richard Cook, portfolio manager at Cook & Bynum Capital Management, calling it “a fantastic place for a good fundamental stock picker to be looking if they could get access.”

Cook said he is optimistic about investing in the country, where he first started taking research trips back in 2009. As a concentrated value investor, he’s particularly interested in small-cap stocks, instead of the commodities companies that Chile ETFs are heavily exposed to, in order to identify differentiated opportunities. Cook said his firm manages about $250 million in assets.

To be sure, Cook said investing in Chile is not for everyone. Someone who wants to invest in the market will have to consider a long time horizon should liquidity issues, or macroeconomic or political disruptions, sour investments in the short term.

They should also thoroughly research opportunities on the ground. Cook said his fund currently has eight holdings, with only one position in Chile — a highly concentrated portfolio that could mean more volatility for investors.

“I think if you’re going to express it, it probably ought to be in a relatively more concentrated way,” he said. “Because otherwise you’re just sort of indexing. I don’t think you should pay active managers to index for you.”

For macro investors, Chile is one of the interesting countries in the emerging market universe to deploy, according to BCA Research’s Budaghyan.

However, investors should be wary of possible challenges on the horizon as global markets deal with the fallout from rising inflation and the rate-hiking campaigns undertaken by central banks around the world. BCA forecasts corporate profits in Chile will start to contract.

“Domestically, we have a very negative profit outlook, and I think that is going to matter over next few months till end of this year, so the market most likely will go down to end of this year,” Budaghyan said. “But by next year, the market will be discounting already a lot of profit recession, the central bank will turn dovish, interest rates will be coming down next year, and it’s a positive for the market.

“Chilean stocks are reasonably cheap. So if they weaken over the next few months, they will provide good value for next year,” he added.