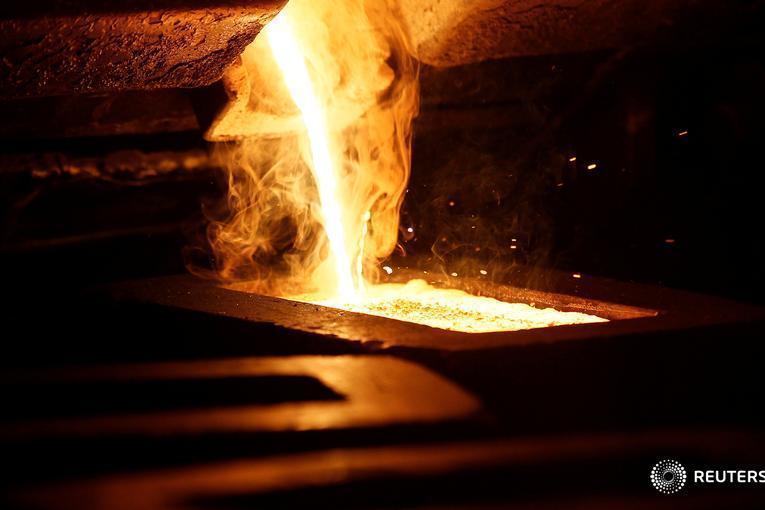 Gold slipped on Friday and was on track for a weekly fall, as a stronger U.S. dollar and prospects of more steep rate hikes from the Federal Reserve dented demand for the non-yielding bullion.

“What’s most certainly weighing on the market is yesterday’s higher than expected U.S. CPI print, which initially triggered quite a surprisingly strong counter reaction in both stocks and the dollar,” said Ole Hansen, head of commodity strategy at Saxo Bank.

“In the near-term, we need to see a reversal especially in the yields, which would then also potentially drive a turn in the dollar to see a recovery in gold prices.”

Gold is highly sensitive to rising U.S. rates, as these increase the opportunity cost of holding bullion, which pays no interest. It shed as much as 1.8% on Thursday, before recovering to end the session 0.4% lower, as the dollar lost ground after initially spiking following the inflation report.

“A rebound of that magnitude after that inflation report was strange to say the least. Gold moving lower again today is more in line with what we learned from the data but even then, markets may take a few days to find their feet,” said Craig Erlam, senior market analyst at OANDA.

(Reporting by Brijesh Patel in Bengaluru; Editing by Neha Arora)