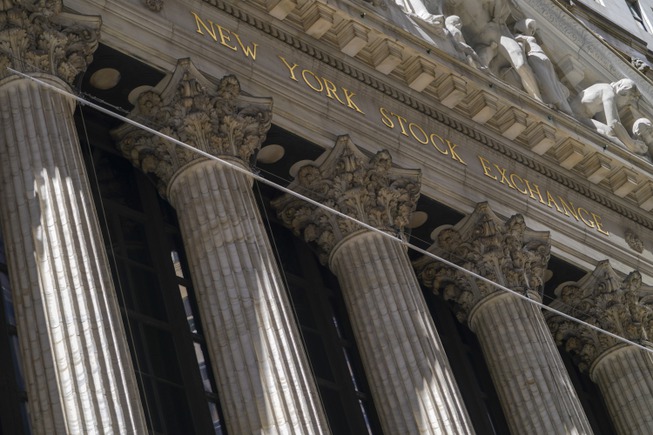 The S&P 500 was 1.6% higher in midday trading, a neck-snapping turn after being down as much as 2.4% in the morning and touching its lowest level in nearly two years. Other markets around the world also veered sharply from losses to gains,.

Besides stocks, prices also initially tumbled for bonds and cryptocurrencies immediately after the U.S. government released its report showing inflation is spreading more widely across the economy. One component that’s closely followed by policy makers and investors accelerated to its hottest level in 40 years.

That forced investors to brace for continued, big hikes to interest rates by the Federal Reserve to get inflation under control, and the potential recession those moves could create. The Dow Jones Industrial Average fell as many as 549 points shortly after the report’s release, and the Nasdaq was down as much as 3.2%.

Stocks in Europe also flipped from losses caused by the U.S. inflation data, while Treasury yields pulled back a little from their initial surge. The value of the U.S. dollar against other currencies sank after initially jumping.

They’re the latest jagged, back-and-forth moves for markets, which have been swinging sharply due to all the uncertainties about economies around the world and how badly higher interest rates will hurt them.

In the first few minutes of the revival, analysts could only speculate on what turned markets around.

“Hopefully it’s because people have dug into the details of the inflation report and noticed a few signs that we could get inflation relief by the end of the year,” said Brian Jacobsen, senior investment strategist at Allspring Global Investments.

“Markets have talked themselves off a ledge, so to speak, and they’re a bit more hopeful,” said Kristina Hooper, chief global markets strategist at Invesco.

Most investors came into the morning already expecting the Fed to hike its key overnight interest rate by three-quarters of a percentage point next month, which would be its fourth straight hike that was triple the usual size.

But Thursday’s disappointing data caused many investors to expect a fifth such increase in December, dashing hopes that the Fed may begin downshifting soon. Bets increased for the Fed to pull its overnight rate above 5% by early next year. It started this year at virtually zero.

Higher rates make buying a house, car or anything else purchased on credit more expensive, and the hope is that will slow the economy and job market enough to undercut inflation. But higher rates take a notoriously long time to take full effect, and the Fed risks causing a recession if it ends up going too far.

As the day progressed, and investors had more time to dig into the inflation report’s details, though, analysts said they perhaps saw some glimmers of hope. Even though what’s called “core” inflation accelerated last month, overall inflation including food and energy prices slowed by a touch.

Treasury yields pulled back a bit from their initial, early-morning leaps, lessening a bit of the pressure on stocks.

The yield on the 10-year Treasury, which helps set rates for mortgages and many other loans, rose to 3.94% from 3.90% late Wednesday. Earlier in the day, it topped 4%.

Higher yields amp up the pressure on the economy not only by making loans more expensive and slowing growth. They also drag down prices for stocks, cryptocurrencies and nearly every other investment because they mean bonds are paying more in interest, which pulls some dollars away from other investments.

Investments seen as the riskiest, the most expensive or forcing investors to wait the longest for big growth have been the ones hit hardest by this year’s rise in rates.

The inflation report hit Wall Street just as companies gear up to report how much profit they earned during the summer.

If they could report big growth, that would give some major support to stock prices even as the worries about higher-for-longer rates roil markets. But analysts have been highlighting the pressures created by high inflation, high interest rates and the soaring value of the U.S. dollar against other currencies, which dilutes the dollar value of sales made abroad.

“Earnings season might not be bad,” said Yung-Yu Ma, chief investment strategist at BMO Wealth Management, “but being strong enough to reverse this tide will be a tough go.”

Domino’s Pizza jumped 10.5% for the biggest gain in the S&P 500 following its earnings report. Its profit for the latest quarter fell short of analysts’ expectations, but it made more in revenue than forecast.