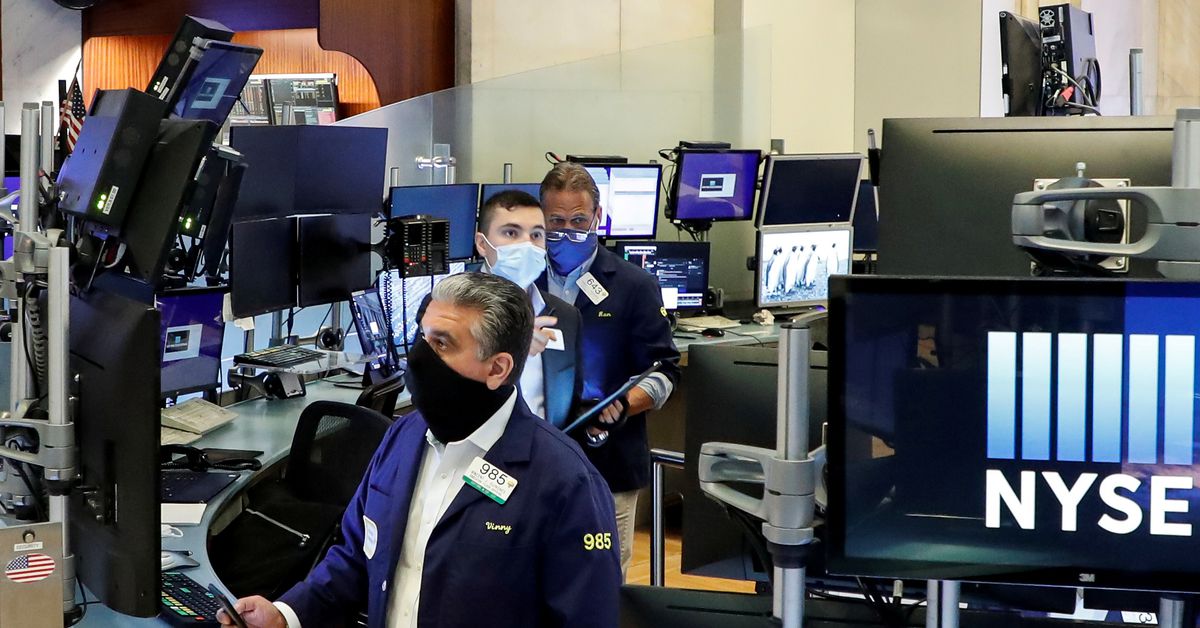 NEW YORK, LONDON, Oct 14 (Reuters) – Wall Street stocks closed sharply lower on Friday as investors worried about inflation and rising interest rates while the dollar rose against the yen and sterling after the British prime minister’s firing of her finance minister.

But as the session wore on, equity declines deepened with oil prices pushing energy stocks (.SPNY) down sharply and consumer stocks (.SPLRCD) falling sharply. Buyers were reluctant to step in after Thursday’s big rally, according to Mona Mahajan, senior investment strategist at Edward Jones.

While traders stepped in to cover bearish bets on Thursday despite higher-than-expected inflation data, Mahajan noted that stocks headed lower on Friday after a University of Michigan survey showed rising inflation expectations.

Even though Wall Street had rallied on Thursday despite soaring inflation data, investors appeared to return their focus to the data on Friday, according to Anthony Saglimbene, chief market strategist at Ameriprise Financial.

“The narrative that we’ve seen peak inflation is not evident yet and that’s depressing the market,” said Saglimbene, also pointing to the UK news.

“Yesterday there was speculation that Truss and the UK government would reverse some of those fiscal plans and they did. Now the markets are selling on the news and the news that we have right now isn’t great.

Friday was expected to be the last day of the Bank of England’s bond buying program set up to stabilize government bond, or gilt markets, after investors were spooked by unfunded tax cuts announced in a “mini-budget” last month.

Investors appeared to have little confidence in the prime minister’s position or the likelihood that her decisions on Friday could restore Britain’s credibility in financial markets.

Oil prices landed down more than 3% as fears of a global recession and weak oil demand, especially in China, outweighed support from a large cut to the OPEC+ supply target.