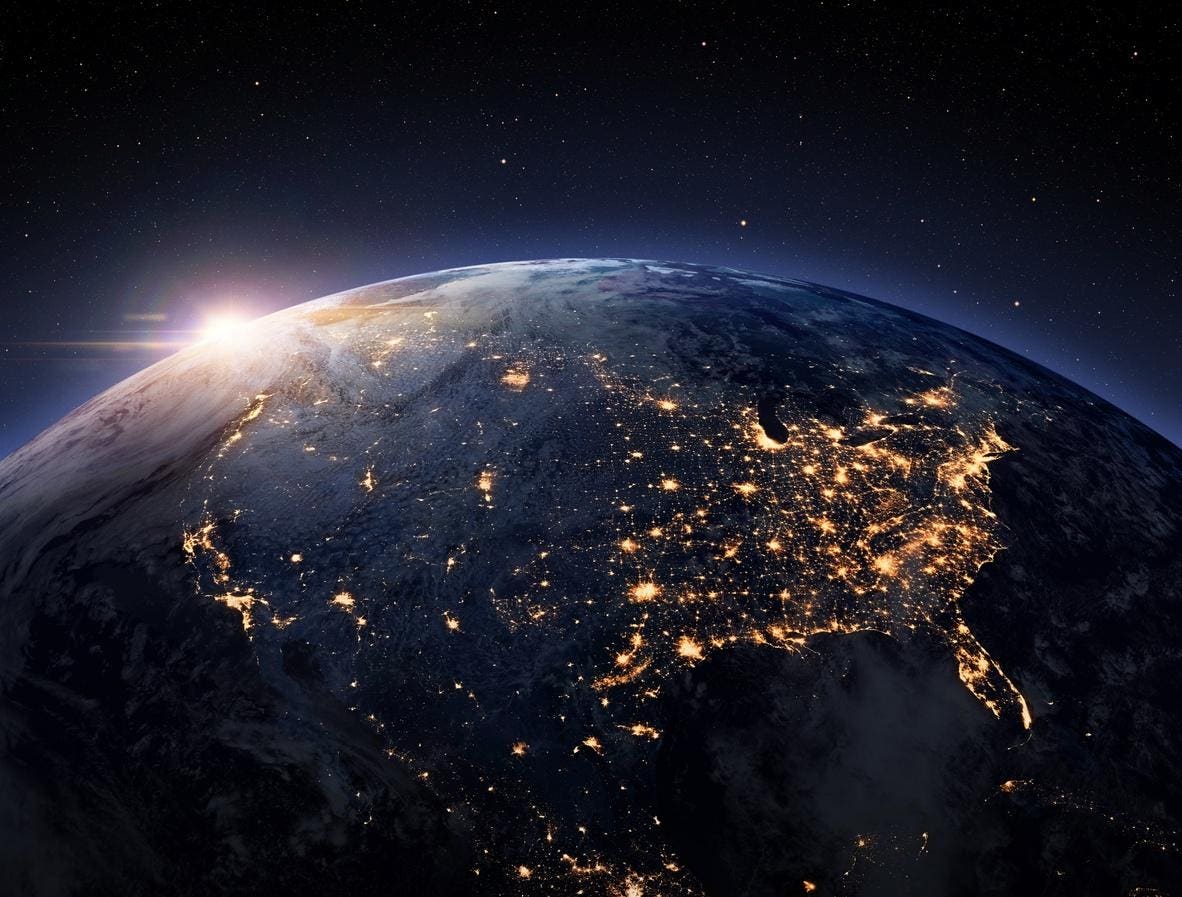 Written by Prince Ghosh (Forbes Contributor) and Austin Bishop – GP at Tamarack Global, an early-mid stage venture fund focused on investing in macro shifts and technologies that intersect the world of bits and atoms. Austin previously co-founded Atomic Industries, a Y-Combinator and Point72 backed manufacturing startup that uses AI to make the design and fabrication of tooling for mass manufacturing 10x better/cheaper. Prior to that, he was a quant researcher and head of Americas trading at Marshall Wace, a $60B+ global hedge fund,.

Over the last two years, the long-term bills of globalization have “finally come due.” All the off balance-sheet costs of deindustrialization, whether economic, societal, or otherwise, at once are being realized and companies all over the world are scrambling to pay their tab.

We are in the great era of “re-globalization”, as we see a mix of on-shoring, near-shoring and complete reshuffling of supply chains and manufacturing capacity across the globe occurring at breakneck speed.

For many of the world’s superpowers, this era of re-globalization offers the first real opportunity of the last few decades to re-capture economic value, build sovereign production bases, and make meaningful capital investments for 2050 and beyond.

The last five years has been a slow but steady march towards fundamentally changing how physical goods are manufactured and sold.

The Unbundling of China

The rhetoric of “all manufacturing is leaving China” has grabbed recent headlines, but data from the global shipping market shows a more complex unbundling of the historical “world’s factory.”

While certain product categories (often those less complex) such as apparel, footwear, and plastics have shifted production to south East Asia, Europe, or North America, much of worlds electronics production base remains in the greater China region. In fact – over the last three years exports out of China for these product categories have been higher than ever in response to insatiable consumer and retail demand.

Decades of professional consultants have advised companies over the past 50 years to offshore as much as humanly possible in an effort to drive down COGS. This has left many of the world’s other superpowers with a lack of skilled and knowledgeable industrial workforce, little industrial infrastructure in place, and over dependency on foreign imports.

However, brands and importers across the world are growing endlessly frustrated with supply chain inconsistencies as China goes through endless lockdowns, fluctuating COVID policies, and an aging skilled workforce.

While an industrial electronics base may never leave Shenzhen, this turbulence presents an opportunity for other countries, and in particular, the United States, to regain some degree of production stronghold.

A framework for success

For America, this can only happen if entrepreneurs, capital allocators, and legislators are realistic about a six key tenants:

How we got here

Shifts in global manufacturing over the last three years have ridden on the back of geopolitical conflict, trade wars, and tariff’s. These effects have been thoroughly discussed in other articles.

China in particular is facing a problem, among others, that’s plagued the US’s own manufacturing labor pool: an aging Chinese manufacturing workforce and an economy of new, younger workers less interested in being faceless suppliers to US brands, and more interested in the modern, digital commerce economy.

We now see almost daily headlines reporting on large enterprises having big shakeups in production lines. Just last month, the Wall Street Journal reported that Apple
AAPL
has directed it’s long-time contract manufacturing partner, Foxconn, to shift production out of China and to other regions of the world for certain product and component lines. This is decentralization in the world of bits, this is re-globalization.

It’s not just the world’s largest enterprises that are reeling from these waves and ripples. Direct to consumer startups like Vela Bikes – an e-bike maker – recently made news in moving production for one of it’s product lines out of China and to Detroit (the news is replete with examples like this), and home goods brand Simple Modern has proven that high grade consumer plastics can be manufactured in mass, domestically.

Pulling data from Factored Quality (a software platform that helps 100+ of the world’s consumer goods brands run supply chain monitoring and quality control across their global supply chains), we can observe what categories of products are being shifted to different parts of the world.

What can be done now

Previously limited to a small cabal of those with great foresight – the last few years conversations about this American revitalization have now captured the imagination of startups, capital allocators, and legislators.

Veteran venture funds like Valor Equity Partners, Point72, a16z and Founders Fund, to rapidly ascending upstarts like Dynamo Ventures and Tamarack Global – have been, and are continuing to invest heavily in companies and infrastructure that can drive forward this technological advancement

Startups like Atomic Industries – which uses AI to automate the design and fabrication of tooling for all of mass manufacturing – are paving the way for re-tooling an aging manufacturing base, while platforms like Veryable are creating training and labor marketplaces for the manufacturing and supply chain economy.

Making the most of this opportunity will require a combination of government policies, private sector investments, and a focus on developing new technologies and innovative approaches to manufacturing, in conjunction with investments in in infrastructure and education, incentives for companies to invest in domestic production, and capital allocation to research and development in areas such as automation, advanced materials, and infrastructure. It will also require a commitment to fair trade policies that level the playing field for American workers and businesses.

The next 20 years may present the best opportunity that the United States and its allies have to re-capture production capacity. The embers of a great industrial base are still burning, the US has an opportunity to stoke the flames and revive the vim and vigor of American industriousness.