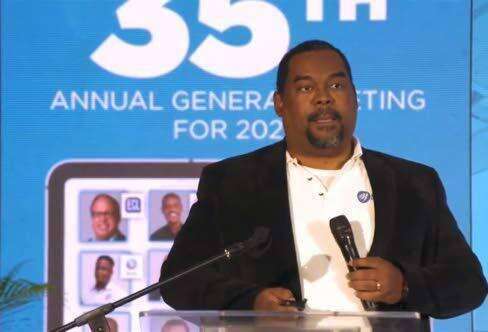 PEART…the demand from the retail market was and is very strong.

MAYBERRY Investments has upsized its $5-billion public bond offering to $7 billion due to excess demand, and has extended the closing date for applications by two weeks.

The brokerage firm closed Tranche IV of the bond on December 23 to new applicants as it was oversubscribed beyond its initial $1.25-billion target. The tranche had a 12 per cent interest rate for 36 months. Investors who successfully completed their applications in time will receive the full amount they applied for.

“The demand from the retail market was and is very strong. They saw value in the various tranches and participated. The response confirmed the accuracy of our market research, and we look forward to continuing the journey to meet our customers’ expectations,” Gary Peart, chief executive officer at Mayberry Investments, told the Jamaica Observer via e-mail.

The minimum subscription amount for the bond was $20,000 with increments of $10,000 after. The upsizing of the bond makes it the largest public market transaction handled by Mayberry since Wigton Windfarm’s initial public offering in May 2019. It also makes Mayberry’s offer the largest on the Jamaica Stock Exchange’s (JSE) public bond market since that market was relaunched October 2013.

The extension of the bond coincides with the maturity of various Government of Jamaica (GOJ) instruments. According to cbonds.com — a website which provides global financial markets data — almost $40 billion worth of GOJ bonds is set to mature this Friday, January 13, 2023. A $700-million, three-month treasury bill also matures on the same day as well.

According to the Ministry of Finance and Public Service’s medium-term debt management strategy for fiscal years 2022 to 2026, the fixed rate benchmark investment note (BIN) 2027 and fixed rate 9.625 per cent BIN due 2031 are set to reopen next Tuesday. An auction for the three- and six-month T-Bills will be held tomorrow.

When asked by the Business Observer about Mayberry Investments soaking up that extra liquidity in the market, Peart said, “If the remaining three tranches still have availability, at that time, I believe some of the proceeds from the GOJ bond would be invested into the Mayberry bond.”

There have been several known bond offerings over the last two months being offered by a variety of JSE listed companies ranging from 8.5 per cent to 11.75 per cent on the fixed rate side and relatively higher on the variable rate side. The Bank of Jamaica (BOJ) increased its policy rate last year from 2.50 per cent to 7.50 per cent with its monetary policy committee to meet next on February 20.

“If the Government/BOJ can tame inflation, I am very bullish on the growth prospects for the economy. Subject to the outcome of inflation, selected segments of the financial markets will provide great value. Relatively higher interest rates will reduce market PE [price to earnings] ratios, but selected stocks will continue to maintain their growth rates. Whilst higher interest rates have materially reduced the value of existing bonds, current and future buyers of existing and newly issued bonds should benefit greatly,” Peart closed.