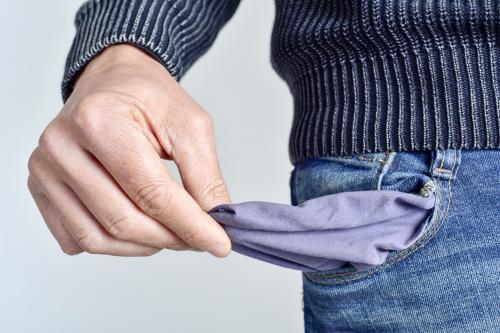 Cryptocurrency in Celsius’ Earn Accounts belongs to the bankruptcy estate, and not to the depositors who placed it there, according to a January 4 memorandum opinion from Judge Martin Glenn of the U.S. Bankruptcy Court in the Southern District of New York.

The decision is a blow to the individual customers who deposited crypto assets into roughly 600,000 “Earn” accounts (the “Earn Accounts”) maintained by Celsius Network LLC and its affiliates (the “Debtors”). Shortly before the Celsius Debtors filed bankruptcy in July 2022, the Earn accounts contained crypto valued at approximately $4.2 billion. The Debtors froze withdrawals from the Earn Accounts in advance of the filing, and the bankruptcy stay prevents withdrawals after filing. Now, Earn Account customers who had hoped for a full return of their cryptocurrency are left holding general unsecured claims and are potentially facing a steep loss.

In reaching his decision, Judge Glenn distilled the issue into one of contract law. He held that the Terms of Use that governed the Earn Accounts were a valid, binding contract between the Celsius Debtors and the Earn Account holders. Moreover, those terms of use “unambiguously transfer title and ownership of the Earn Assets deposited in Earn Accounts from Account Holders to the Debtors.” See Opinion, Docket No. 1822 at p. 30.

Depositors who placed crypto into the accounts were asked to agree to terms of service. The Celsius Debtors had eight versions of these terms, and uncontroverted evidence showed that 99% of Earn Account holders accepted version six or a later version.

The latest version of the terms of service stated that, in exchange for certain payable rewards, depositors “grant Celsius . . . all right and title to such Eligible Digital Assets, including ownership rights . . . .” The agreement continued:

In the event that Celsius becomes bankrupt, enters liquidation or is otherwise unable to repay its obligations, any Eligible Digital Assets used in the Earn Service or as collateral under the Borrow Service may not be recoverable, and you may not have any legal remedies or rights in connection with Celsius’ obligations to you other than your rights as a creditor of Celsius under any applicable laws.

This provision and similar language proved determinative for Judge Glenn. He found that the contracts and the later modifications to those contracts were enforceable under New York law. See Opinion at 27 (citing Whit v. Prosper Funding LLC, No. 15-00136 (GHW), 2015 WL 4254062, at *4 (S.D.N.Y. July 14, 2015) (“In New York, clickwrap agreements are valid and enforceable contracts.”). Moreover, because this language was unambiguous, it must operate to do what it says it does – namely transfer ownership of deposited assets from the depositors to Celsius.

Notably, Judge Glenn stated that Wednesday’s ruling does not determine the underlying ownership of other Celsius depository programs, such as the Custody Program, Withhold Program, or Borrow Program. Additionally, he noted that depositors who have been deprived of their crypto ownership may have various defenses or breach of contract claims against the estate. He concluded: “The Court does not take lightly the consequences of this decision on ordinary individuals, many of whom deposited significant savings into the Celsius platform.”

This may be the beginning of a series of important rulings in the Celsius cases. Judge Glenn will next preside over a second phase of litigation, where the bankruptcy court will consider an expanded set of issues such as preference claims involving customers who withdrew assets within the 90-day period prior to the bankruptcy. Judge Glenn’s opinion may also serve as a milestone as judges confront thorny questions about who owns digital assets at stake across the industry.

Wednesday’s decision has already had an impact on the administration of the Celsius case. Judge Glenn included a holding that the Celsius Debtors could sell certain crypto assets to raise liquidity, since those assets were found to be property of the estate. Further, on Friday, January 6, Judge Glenn denied a series of motions by Earn Account customers seeking to be designated as secured creditors – instead finding that they are unsecured creditors consistent with his Wednesday, January 4, opinion.