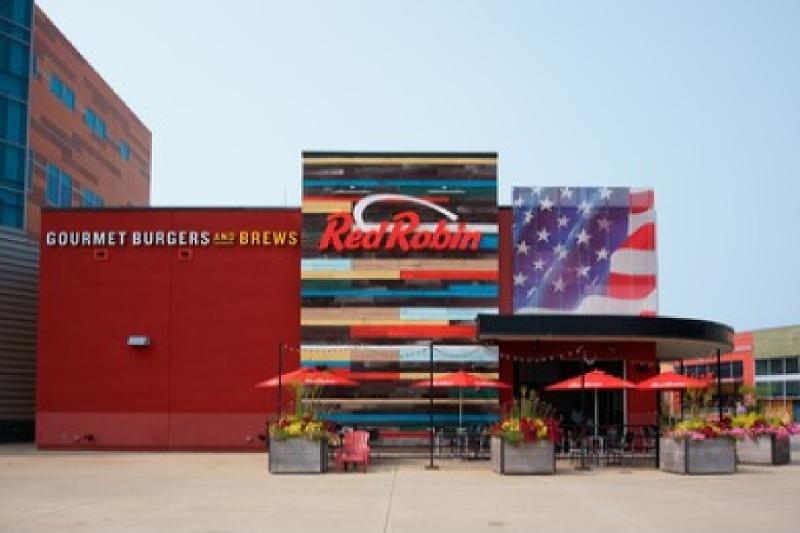 Red Robin is planning to add grills to its restaurants as part of a comeback strategy. / Photograph: Shutterstock.

Red Robin will start cooking its burgers on flat-top grills in a bid to improve its food and provide a better experience for customers, CEO G.J. Hart said Monday.

The upgrade is part of a five-point turnaround plan that Hart detailed during a presentation at the ICR investor conference in Orlando, Fla.

In addition to better burgers, Red Robin will give operators more input in decision-making and will work to reduce costs, boost guest engagement and shore up its finances.

The 511-unit chain also said it’s considering selling up to 35 of its properties and leasing them back to investors to help pay off debt, fund capital investments and buy back stock.

The chain’s three-year “north star” plan is intended to reverse the effects of cost cuts over the past five years. They included the elimination of bussers and kitchen managers in restaurants as well as the closure of off-site training centers. The moves left restaurants with inexperienced and overworked staff and sparked a revenue decline that Red Robin has yet to fully recover from.

But Hart, who was named CEO in July, believes Red Robin’s foundation as a high-quality, customer-first brand is still intact.

“There are fundamental things here in this brand that are powerful that we can bring back to life,” he said. “There’s so much to work with here.”

One of those things is its burgers. Red Robin plans to improve its signature menu item by replacing its existing conveyor-belt cooking system with flat-top grills. This will enhance the quality and appearance of the burgers as well as the speed of the kitchen, Hart said, and will open up other menu possibilities, too.

And in an effort to right how its restaurants are run, Red Robin will become an “operations-first” company. Operators will have more of a voice in the company’s decisions and will be given more control over how they run their restaurants. They’ll have a presence at every corporate meeting, Hart said, “to make sure we’re keeping it real.”

To justify the more bottom-up approach, Hart noted that the chain’s best operators today resisted the harmful changes the company enacted over the past five years. To him, that proves that more field-level autonomy is good for business.

“In my opinion, that’s why they’re more successful,” he said.

The company said the north star has the potential to double its adjusted EBITDA (earnings before interest, taxes, depreciation and amortization) margin.

Members help make our journalism possible. Become a Restaurant Business member today and unlock exclusive benefits, including unlimited access to all of our content. Sign up here.