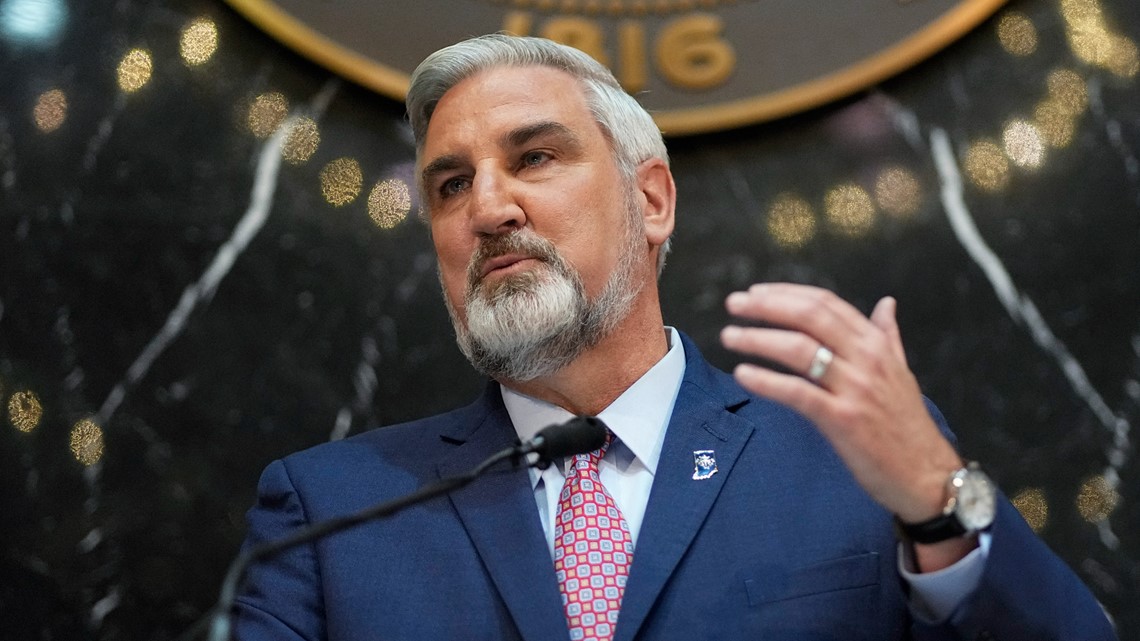 Gov. Eric Holcomb told legislators that the state has the “financial wherewithal” to pay for the proposals and still have an annual budget surplus.

Holcomb used the annual State of the State address before members of the General Assembly dominated by his fellow Republicans to seek support for his proposals that would significantly increase funding for schools and public health programs.

Some top Republican legislators, however, are worried about the costs of those plans amid an expected slowdown in the growth of state tax collections.

Holcomb told legislators that the state has the “financial wherewithal” to pay for the proposals and still have an annual budget surplus.

“The work we’ve done together has brought us to this position of strength that calls us to invest in what I believe are needs and address head-on both our competitive advantages and disadvantages,” Holcomb said in his half-hour speech.

The drafting of a new two-year state budget will be the primary focus of the legislative session that started Monday and is expected to last until late April. Holcomb last week proposed a 6% K-12 funding boost for the next school year that would be the largest increase in more than a decade.

The governor’s proposal also included nearly $350 million over the next two years for public health programs and $500 million for a new round of regional economic development grants.

Among other big-ticket items in Holcomb’s plan are a $160 million request for state employee raises and a separate $36 million that would go toward boosting the starting annual salaries of state troopers by 30%, to $70,000.

Holcomb also proposed eliminating fees for textbooks and other classroom materials for all public school students by directing $120 million more toward local schools to expand the current program that covers such fees for children from low-income families.

Indiana is one of only seven states that still allows textbook fees, which Holcomb called a “disguised tax” of perhaps hundreds of dollars a year on families that goes against the state constitution’s promise of tuition-free education.

Democrats and many education advocates have long criticized textbook fees as an unfair extra cost to families.

“From eliminating textbook fees to making historic investments in public health, Democrats and Gov. Holcomb are on the same page and I’m glad to see support for the ideas we’ve championed for years,” House Democratic Leader Phil GiaQuinta said last week. “But I’m afraid the real question is whether Statehouse Republicans are as forward-thinking as Statehouse Democrats and the governor.”

Republican legislative leaders have been hesitant to endorse the major boost in public health funding sought by Holcomb, questioning how quickly county health departments could ramp up programs to effectively spend the money.

Holcomb argued that increased public health funding is needed to help to improve Indiana’s poor national rankings in areas such as obesity, smoking and life expectancy, calling those “a pattern we need to reverse.” He said it will take “new action to get new results.”

“Nearly all of these dollars will be deployed locally, in your districts where our fellow Hoosiers need them, tailored to the unique circumstances of each community partner,” Holcomb told lawmakers.

A commission appointed by Holcomb recommended a $240 million annual boost to lift funding for county public health departments to the national average, but the governor has said time is needed to “build the structure” for expanded health programs.

Holcomb’s speech also touted progress on several major construction projects around the state. Those include the planned completion next year of the final northern leg of the Interstate 69 extension between Evansville and Indianapolis, for which construction started in 2008, and work expanding northwestern Indiana’s South Shore commuter rail line that runs to Chicago.

The governor announced the awarding of a $29.5 million grant to local groups developing a 62-mile recreation trail through five counties in southern Indiana.

The trail following an abandoned railroad route formerly used by the Monon Railroad between New Albany, near Louisville, Kentucky, and the Lawrence County city of Mitchell will be the state’s longest contiguous trail, Holcomb said.

►Make it easy to keep up-to-date with more stories like this. Download the WHAS11 News app now. For Apple or Android users.