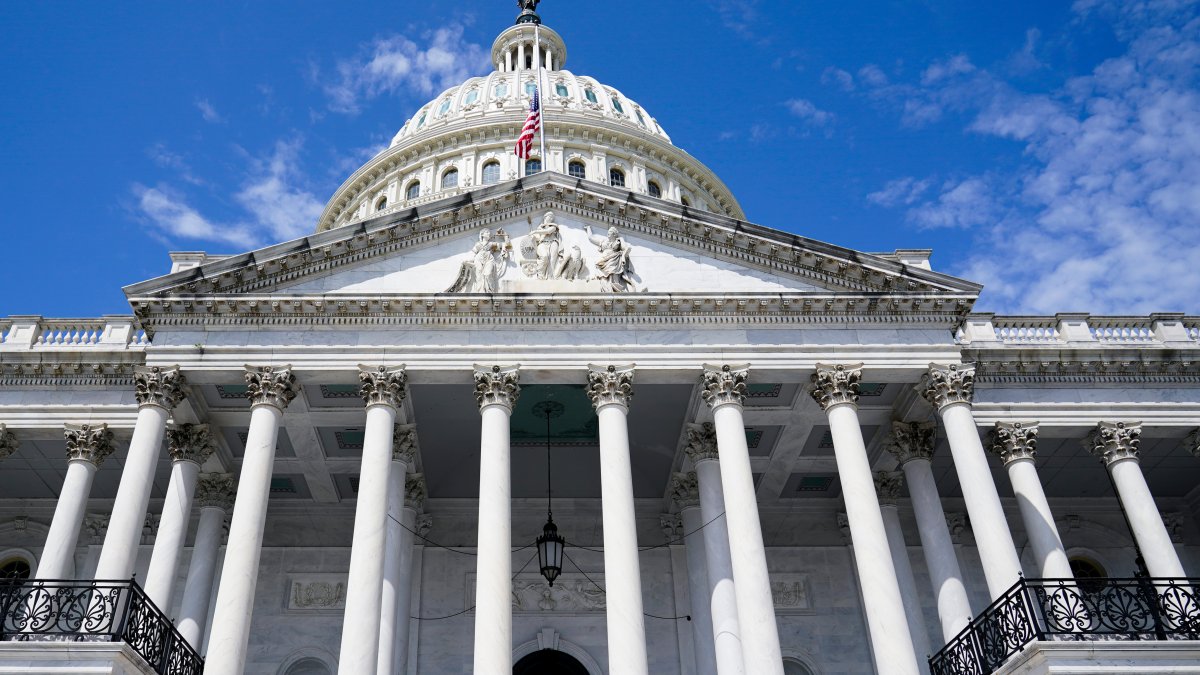 The federal government is on track to max out on its $31.4 trillion borrowing authority as soon as this month, starting the clock on an expected standoff between President Joe Biden and the new House Republican majority that will test both parties’ ability to navigate a divided Washington, with the fragile global economy at stake.

Once the government bumps up against the cap — it could happen any time in the next few weeks or longer — the Treasury Department will be unable to issue new debt without congressional action. The department plans to deploy what are known as “extraordinary measures” to keep the government operating. But once those measures run out, probably mid-summer, the government could be at risk of defaulting unless lawmakers and the president agree to lift the limit on the U.S. government’s ability to borrow.

The expected showdown over the debt limit would be a stark display of the new reality for Biden and his fellow Democrats, who enjoyed one-party control of Washington for the past two years. It would presage the challenges to come in achieving even the modest ambitions that Democrats are bringing to the task of legislating in a divided Capitol.

The White House has insisted that it won’t allow the nation’s credit to be held captive to the demands of newly empowered GOP lawmakers. But the concessions made by new House Speaker Kevin McCarthy in his arduous path to securing the job raise questions about whether he has the ability to cut any kind of deal to resolve a standoff.

McCarthy, who secured his post after 15 rounds of voting and major compromises with hard-line members of his caucus, has said that his fellow Republicans will only agree to increase the debt ceiling in return for spending cuts of unspecified magnitude. And a new rule that allows any lawmaker to trigger a vote for McCarthy’s removal could make even the most urgent of votes a dicey matter.

McCarthy said he’s spoken with Biden about the coming debt ceiling and told the president “it doesn’t have to come to that” — meaning a federal government shutdown over spending levels.

“This is our moment to change the behavior,” McCarthy said Tuesday on Fox News Channel’s “Hannity.”

The U.S. government needs money to run, but can only take on so much debt under current rules. So legislation would need to be passed to raise the debt ceiling. If not, the government could shut down, potentially stalling delivery of social security checks and other services, NBCLX Political Editor Noah Pransky explains.

But the new speaker stopped short of saying Republicans now in charge of the House would go so far as to refuse to pass the annual spending bills needed to fund the government, as happened more than a decade ago during an earlier debt ceiling showdown in Congress.

The stakes are treacherous. Past forecasts suggest a default could instantly bury the country in a deep recession, right at a moment of slowing global growth as the U.S. and much of the world face high inflation because of the coronavirus pandemic and Russia’s invasion of Ukraine.

The White House has ruled out executive action to stave off a default.

“Congress is going to need to raise the debt limit without — without — conditions, and it’s just that simple,” White House press secretary Karine Jean-Pierre said recently. “Attempts to exploit the debt ceiling as leverage will not work. There will be no hostage taking.”

On Capitol Hill, Republican Rep. Chip Roy of Texas, one of the McCarthy holdouts and an outspoken critic of government spending, wouldn’t rule out trying to oust McCarthy if he fails to live up to his pledge to seek spending cuts along with any debt limit increase.

“We will use the tools of the House to enforce the terms of the agreement,” Roy told CNN on Sunday.

Rep. Bob Good, R-Va., said in a Fox News interview on Monday that the debt limit will be “the real test” for conservatives. Republicans have to begin “leveraging power to accomplish what you need to accomplish,” he said. Good fought McCarthy’s bid to become speaker until the final vote, when he responded “present.”

The debt ceiling debate is a form of political theater — it encourages lawmakers to engage in brinkmanship in the name of fiscal responsibility — though past showdowns have done little to meaningfully alter the long-term rise in federal debt.

House Republican leaders liken the debt ceiling to a credit card limit, promising to put “mechanisms in place so that you don’t keep maxing it out,” in the words of House Majority Leader Steve Scalise of Louisiana.

Republican Sen. Rick Scott of Florida pointed to his 2021 proposed amendment to the Senate Republican Conference that commits to only raising the debt ceiling if it also secures spending reform.

“I’ll be fighting with every tool at my disposal to enforce this rule that every Republican in the Senate agreed to follow,” Scott said. “A day of reckoning is coming.”

Any effort to compromise with House Republicans could force Biden to bend on his own priorities, whether that’s the funding of the IRS to ensure that wealthier Americans pay what they owe or domestic programs for children and the poor.

It’s hard to peg the date when the government will hit its debt ceiling, because payments and receipts vary from day to day, especially with the April filing deadline for income taxes. The current balance suggests the debt ceiling could be reached as early as this week or as late as March.

The U.S. needs authority to continue borrowing money to fund the government – otherwise it could shut down on Friday. And according to a recent poll, it seems like Democrats would take more of the heat if a shutdown occurred. NBCLX Political Editor Noah Pransky explains what’s going in Washington as Senate talks to address the debt ceiling are at an impasse.

When Treasury takes extraordinary measures to keep the government running, it can halt contributions to pension funds and borrow from accounts to manage changes in the foreign exchange rate, freeing up cash to meet its other obligations.

Treasury first used these measures in 1985 and has used them at least 16 times since, according to the Committee for a Responsible Federal Budget, a fiscal watchdog. But the extraordinary measures only work for so long, and would likely run out — and put the U.S. at risk of default — sometime around the summer.

If the government were to default, financial markets could be expected to crash. Several million workers could be laid off. The world could feel the aftershocks of the crisis for years to come. Moody’s Analytics called this risk “cataclysmic” in a 2021 forecast ahead of the previous debt ceiling increase, suggesting that the resulting chaos would be due to government dysfunction, rather than the underlying health of the U.S. economy.

“Debt limit negotiations are always protracted and almost always contentious, and the political trends seem to make it likely that they will exacerbate those tendencies and will create a volatile situation,” said Shai Akabas, director of economic policy at the Bipartisan Policy Center, which forecasts the so-called X-date when the government exhausts its extraordinary measures.

Akabas told The Associated Press the X-date has “likely moved forward” from this year’s third quarter due to rising interest rates and a pause on student loan repayments recently extended by the Biden administration. A more precise date will become available when the Congressional Budget Office updates its outlook later this month.

Either way, lawmakers know the risks that they’re taking with the livelihoods of people across the country by having this dispute. Economists have warned them plenty of times.

A 2013 Treasury report drew on the debt ceiling impasse in 2011, when Republicans had also just won a House majority. It outlined how impasses contribute to long-lasting scars on financial markets, noting that business and household confidence fell to levels that are typically only seen during recessions.

“It took months before confidence recovered, even though, ultimately, there was no default,” the report said.