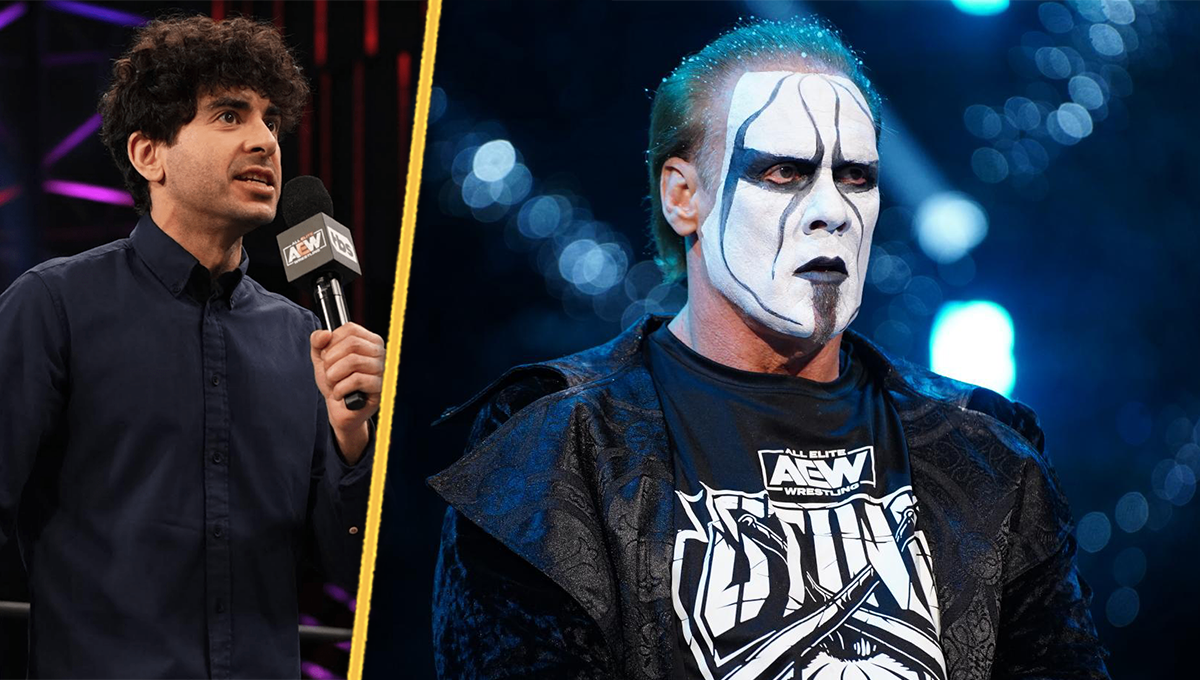 One of professional wrestling’s most iconic characters is getting ready to hang up his boots. Sting is one of the few wrestlers who has wrestled in five different decades, competing for every major promotion on the block. The 63-year-old star made his name in World Championship Wrestling, cementing himself as the heart and soul of Monday Nitro over the 1990s. When WCW was purchased by WWE, Sting did not follow the now-defunct company, instead joining TNA and making Impact Wrestling his home for the next decade. A brief stint in WWE in 2015 seemed to end his career, but the Stinger found new life in AEW upon his 2020 debut.

Since joining Tony Khan’s promotion, Sting has done the unthinkable, as he’s wrestled a number of hard-hitting contests that have showed no signs of his age. That said, he’s not getting any younger.

Speaking to In The Kliq podcast, Khan noted that he’s “not ready” to confirm Sting’s retirement plans.

“I catch up with him pretty frequently on a regular basis. Sting’s motivation for pro wrestling is as high as it’s ever been. He loves what he’s doing,” Khan said (h/t Fightful). “I do think he’s starting to think about what retirement will look like, but he’s also not slowing down at all in the present. I’m not ready to say exactly when Sting is going to hang it up, but I do know every time we get to see Sting go out there in AEW, it’s very special.”

Sting has wrestled 13 matches in AEW. While his All Elite in-ring tenure began in cinematic style, the former WCW Champion wrestled a traditional tag match at AEW Double or Nothing 2021 against Ethan Page and Scorpio Sky and never truly looked back. All of his AEW matches have been either tag, trios, or eight-man.

Currently on AEW programming, Sting continues to back Darby Allin. The Relentless One recently recaptured the AEW TNT Championship, leaving his priorities to be strongly in the singles division. It’s unclear as to when Sting will step back in an AEW ring.

Sting’s next match comes this Sunday at Pro Wrestling NOAH’s Great Muta Final “Bye Bye” event. He is scheduled to team with Allin and the Great Muta in a trios bout against Hakushi, AKIRA, and Naomichi Marufuji in what will be Muta’s last match.