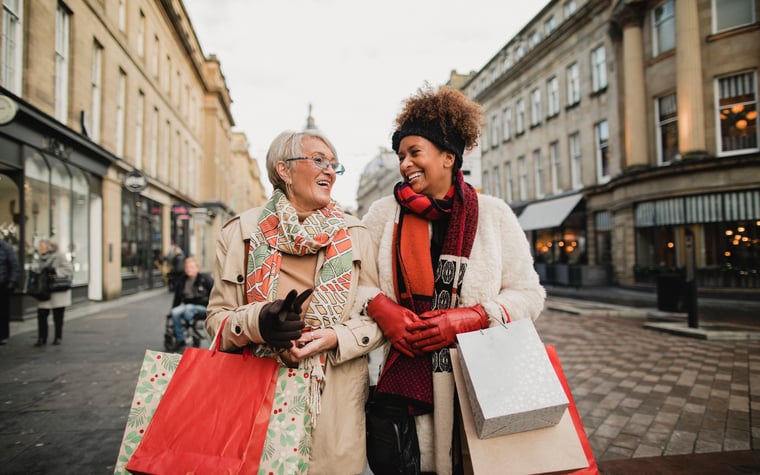 Is the U.S. economy headed for a recession? Last year, that seemed to be the consensus among financial experts. But there’s also reason to think the economy isn’t in trouble.

For one thing, the jobless rate is really low. There also haven’t been any signs of consumers cutting their spending. Quite the contrary — consumer spending held steady in 2022 despite raging inflation. And consumers spent more money in the course of the 2022 holiday season than they did in 2021.

But while consumer spending doesn’t seem to be slowing down, Suze Orman isn’t fooled. In fact, she thinks the economy could be in serious trouble — even if consumers are still spending freely.

Things could take a turn for the worse

In a recent podcast episode, Orman cautioned that the U.S. economy may be in worse shape than we think. While unemployment levels are low and consumer spending is solid, she noted that personal savings rates have declined in recent years. And that means a lot of people don’t have cash reserves to fall back on.

Here’s what that could mean. If borrowing keeps getting more expensive following rate hikes on the part of the Federal Reserve, consumers without money in a savings account may be forced to cut back. And that could be enough to fuel a recession.

In fact, Orman insists that high levels of spending aren’t necessarily a sign of a healthy economy. Just because people are continuing to spend money doesn’t mean they can afford to do so.

Think about it this way. Imagine you have a neighbor who likes to show off their fancy cars and clothing. You might think, “Wow, they must be doing pretty well if they can afford all that stuff.” But for all you know, your neighbor has a mountain-high pile of credit card debt, and they haven’t added money to their savings account since 2015.

It’s the same concept here. We can’t let our guard down with regard to a potential recession.

We can’t say with any amount of certainty that a recession will or will not strike the economy in the next year or two. But it’s important to prepare for one nonetheless.

On a basic level, that means shoring up your savings. If you have enough cash in the bank to cover three months of essential expenses, sock away extra money so you’re able to pay for more like four or five months’ worth of bills. And if you’re sitting on high-interest debt, do your best to pay it off as soon as possible. If a recession hits and you lose your job, the last thing you’ll want is monthly payments hanging over your head.

It also wouldn’t hurt to work on boosting your job skills. If you end up getting laid off, you may have an easier time finding a new position.

Orman’s view of the economy might seem negative. But it’s also practical. And it’s something we should all keep in mind as we navigate these tricky times.

If you’re using the wrong credit or debit card, it could be costing you serious money. Our expert loves this top pick, which features a 0% intro APR until 2024, an insane cash back rate of up to 5%, and all somehow for no annual fee.

In fact, this card is so good that our expert even uses it personally. Click here to read our full review for free and apply in just 2 minutes.