Share prices of the tech giant plunged 39% last year as tech valuations fell across the board, its revenue growth slowed significantly, and profits declined. As the Google parent limps into 2023, the good news is that the stock trades at a low price-to-earnings ratio of just 18, making it slightly cheaper than the average S&P 500 stock. That potentially sets up the stock for a comeback, but will it come through for investors?

Let’s take a look at Alphabet’s prospects for 2023, and whether it can beat the market. 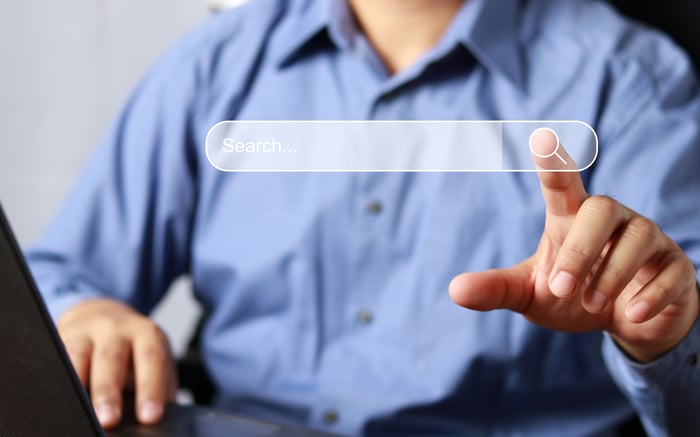 The pressure is on

The last time we heard from Alphabet, investors were left wanting more. In its third-quarter earnings report, revenue rose just 6% year over year, and earnings per share actually dropped from $1.40 to $1.06 as spending in every line item of its income statement rose faster than revenue.

Alphabet’s spending on unprofitable businesses like Google Cloud and other bets, which include the autonomous vehicle unit Waymo, has come under increased scrutiny, as has its headcount, which increased 24.5% in the third quarter, well ahead of revenue growth.

CFO Ruth Porat addressed those concerns on the earnings call, saying that employee growth in the fourth quarter would be less than half of what it was in the third quarter and that efforts to slow headcount would become more noticeable in 2023.

However, since its earnings report, peers like Amazon, Meta Platforms, and Microsoft have all announced major layoffs, increasing expectations that Alphabet will do the same. Its Verily Life Science subsidiary just said it would lay off 15% of its staff, or 240 people, as it seeks to demonstrate financial independence, a sign the company could eventually aim for an IPO.

Still, the three tech giants above have all announced layoffs of 10,000 employees or more, and investors may be expecting a similar move from Alphabet given its falling profits and the perception that the company is already bloated.

Since its last earnings report, Alphabet also faces a brand new threat. On Nov. 30, OpenAI launched ChatGPT, and the chatbot’s skills have illustrated the power of artificial intelligence to transform whole industries, including internet search.

Alphabet reportedly called a “code red” meeting to devise a strategy to combat the threat from ChatGPT, which is expected to be included in an updated version of Microsoft’s Bing search engine as soon as March.

Alphabet has a similar AI tool, LaMDA, but it’s reluctant to release it since it isn’t always accurate and could also undermine its advertising model, which is dependent on businesses paying to be at the top of search listings.

It’s unclear at this point how serious of a threat ChatGPT is to Google Search, but if investors sense that Alphabet’s search monopoly is in jeopardy, the stock could plunge. We’ll learn more if and when Microsoft releases its updated version of Bing.

Fears of a recession played a major role in Alphabet’s decline last year, and the state of the economy will impact the stock in 2023 as well. Most of the company’s revenue comes from advertising, and advertising is a cyclical business. Alphabet is far from the only digital advertising platform to see a slowdown in ad sales; social media companies like Meta Platforms and streaming platforms like Roku have reported similar trends.

The company has been through these cycles twice before, during the 2008-09 financial crisis and the coronavirus pandemic — and both times, its revenue recovered quickly.

Whether the economy will sink into a recession and how long one would last are still unknowns. Inflation has steadily cooled over the last six months, and the labor market remains solid, but the Federal Reserve could continue to raise interest rates if it believes that higher inflation is still a risk.

Will Alphabet beat the market in 2023?

Whether Alphabet will beat the market this year will depend on both forces within and outside of its control. The company needs to do a better job of controlling its costs to return the business to profitable growth. That will be difficult in a recession, but the stock is likely to be rewarded over the long term if it brings costs in line with revenue growth as the company still has the leading digital advertising business and a monopoly in internet search.

However, the threat from ChatGPT is real, and how Alphabet responds to it will be key in determining the stock’s performance both this year and over the long term. If it can fend off the new AI and bring costs under control, the stock is likely to be a winner once the economy turns around.