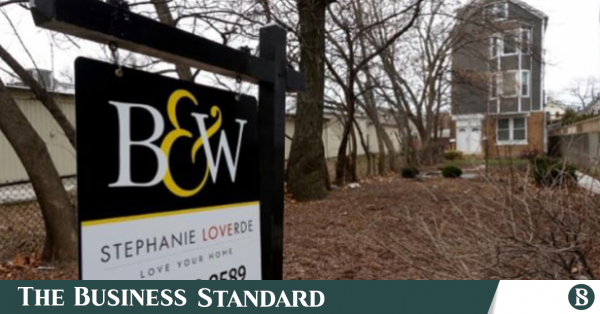 Sales of existing homes in the United States have fallen for the 11th straight month, with the past year logging the biggest annual drop since 2008, according to industry data released Friday.

The slide came as a rough period of limited inventory and high mortgage rates persisted, said the National Association of Realtors (NAR).

The interest-sensitive property sector has been reeling as the Federal Reserve embarked on an aggressive campaign to rein in decades-high inflation.

As the Fed raised the benchmark lending rate seven times last year to cool the economy, borrowing costs went up — pricing many buyers out of the key housing market.

“December was another difficult month for buyers, who continue to face limited inventory and high mortgage rates,” Yun added.

Sales of all types of homes and condos slipped 1.5 percent from November to December, hitting a seasonally adjusted annual rate of 4.0 million, the NAR said.

This was the weakest performance since November 2010, when the US was in a housing crisis, Yun told reporters.

While December’s annual rate was better than expected, sales were still 34 percent down from December 2021.

But Yun expects numbers will pick up soon as mortgage rates have “markedly declined” after peaking in late 2022.

The 30-year fixed-rate mortgage, a popular option, averaged around 6.2 percent as of mid-January, according to home loan finance company Freddie Mac.

This was lower than in December, although still significantly higher than the rate a year ago.

The median home price across housing types was $366,900, also above the year-ago period and the highest median price for December on record.

Three of four major regions in the country logged declines in sales, with sales in the West remaining unchanged, said the NAR.

“Sales now likely are very close to bottoming,” said Ian Shepherdson and Kieran Clancy of Pantheon Macroeconomics in a report.

“The housing market has had to adjust, painfully, to a huge surge in mortgage rates,” the report said.

Existing home sales make up the vast majority of the US real estate market.

Rubeela Farooqi of High Frequency Economics added that although prices are moving in the right direction, they remain well above pre-pandemic levels.

“Overall, affordability issues are a key constraint,” she said.