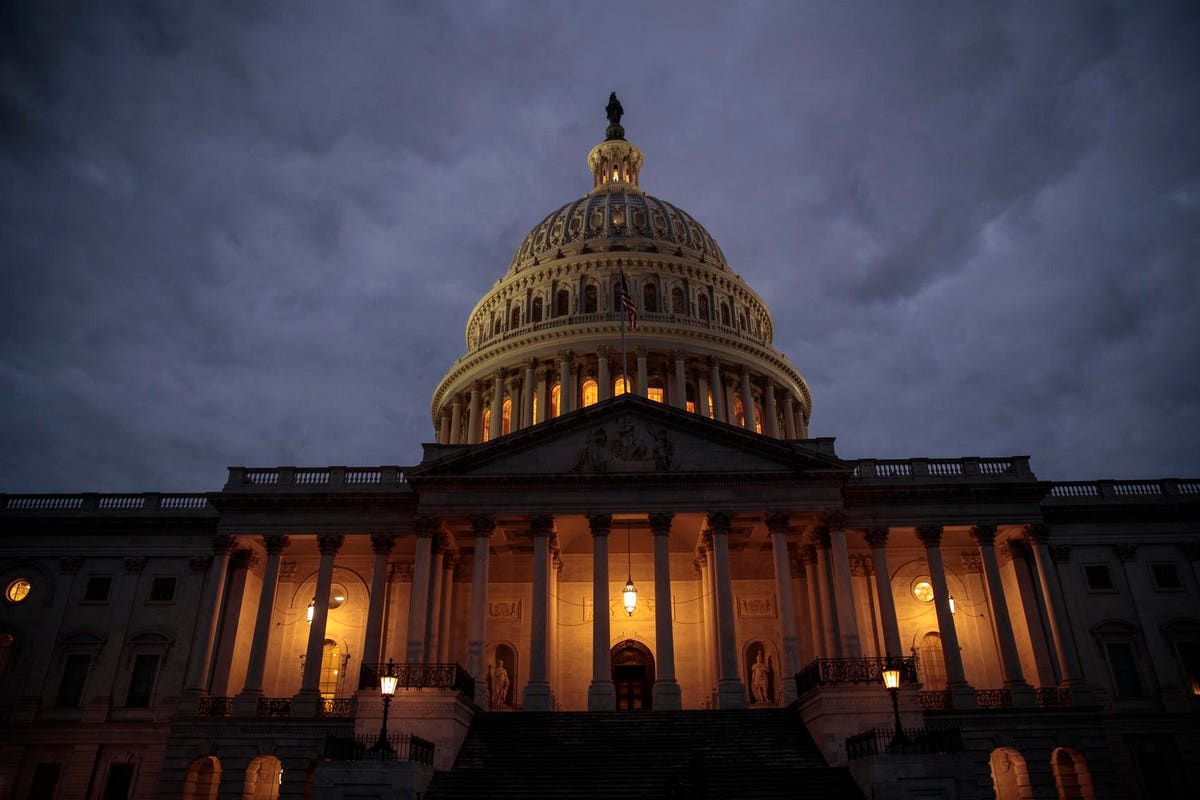 In December, Congress passed an omnibus spending bill, authorizing more than $1.7 trillion in spending on various programs throughout the country.

U.S. government spending makes up a significant portion of the country’s economic activity and can have a big impact on the economy and the stock market. Tracking these major spending bills, and how they could impact your portfolio, is important for investors.

If you want to invest in companies impacted by government spending without doing all the research on your own, consider Q.ai’s Infrastructure Spending Investment Kit. Download the app to check.

The December spending bill included funding for a huge variety of purposes.

One of the top line items in the spending bill was $45 billion earmarked to aid Ukraine in its ongoing war against Russia.

Of that $45 billion, $9 billion will go to Ukraine’s military to pay for training, weapons, logistics, and salaries, and $12 billion will be used to replenish U.S. inventory of military equipment that has already been sent to Ukraine.

Given that a large portion of this funding will be used for replenishing U.S. inventory, it could be a boon for domestic military contractors and manufacturers.

This could help stabilize the economy by reducing fears of future unrest during elections.

The bill established a permanent, nationwide Summer EBT program that will start in the summer of 2024. This program will offer families who have children receiving meal assistance at school $40 per month. It also loosens rules for rural children getting summer meals.

This funding will help needy families afford food and may help boost sales at businesses that supply food to these communities.

With the passage of the bill, Chinese-owned video app TikTok has been banned from government devices. This comes after some government officials have raised concerns that the app could be used to collect the personal data of Americans or for propaganda.

Investors in ByteDance, the developer of TikTok, may fear that this is the first step in a nationwide crackdown on the popular app.

The spending bill removes a pandemic-era rule that prohibited states from disenrolling Medicaid recipients, a rule that allowed Medicaid to reach a record 90 million enrollees.

States can begin terminating coverage as soon as April 1, 2023, and experts estimate that as many as 19 million could lose their benefits. While many will be unable to afford other coverage, some will turn to private insurance, which could boost insurers’ bottom lines.

Federal Pell Grants, a college aid program that offers money to low-income students, will see a boost. The maximum award will rise by $500 to a total of $7,395.

The Child Care and Development Block Grant will get a 30% increase in funding. Head Start, another child education program, will also get a major funding boost of $8.6 billion.

The bill also includes an additional $576 million in funding for the Environmental Protection Agency, bringing its overall budget to just over $10 billion. The National Park Service will see a 6.4% increase, allowing it to rehire 500 employees of the 3,000 it has cut over the past decade.

The funding here could help the EPA increase environmental regulation and oversight, which could lead to fines for companies violating environmental rules. This provision could also boost visits to the country’s national parks.

This can have a massive impact on the economy. For example, Standard & Poor’s estimated that the 2013 shutdown, which lasted 16 days, cost the US economy $24 billion and reduced GDP growth by 0.6%.

Avoiding a shutdown is good news for investors.

What the bill means for investors

Investors should keep a close eye on any major government spending bill. The U.S. government spends more than $1 trillion each year, which is a significant fraction of the country’s GDP. That means that large changes in how the government spends its money could impact the economy and the stock market.

By and large, this spending bill did not include unexpected shocks or major changes. That means that investors do not have to worry all that much about the bill spending shockwaves through the market. However, there are a few things to note.

One is the commitment to further aid Ukraine. The United States seems like it will continue to spend money on weapons and other military aid to send to Europe. That could be good news for weapons manufacturers, logistics companies, and other businesses that work closely with the military.

The TikTok ban on federal devices is also noteworthy. Lawmakers have raised concerns about the app with increasing frequency. Investors in Chinese tech businesses may worry that the government will choose to take further action to block those companies from the U.S. market due to security concerns.

U.S. government spending bills authorize huge amounts of spending in the domestic economy. Keeping track of how the government spends its trillions of dollars is important for investors because that spending can have a big impact on the stock market.

If you want to invest in the U.S. government’s infrastructure spending without keeping track of which industries are affected, consider Q.ai’s Infrastructure Spending Investment Kit. This AI-monitored mix of 156 companies that directly or indirectly benefit from the recently passed omnibus spending bill.